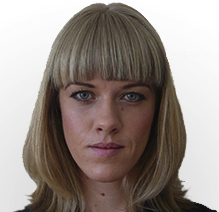 The plan to send all boat-arriving asylum seekers to Papua New Guinea — and to resettle there all who qualify as genuine refugees — is a cynical abandonment by Australia of its responsibilities under the UN refugee convention, one that can be considered only a ploy for votes in the coming tightly contested federal election.
Some understanding of politics and society in Papua New Guinea goes some way to understanding just how breathtakingly ill-considered the plan is.Many opponents of the plan have painted Papua New Guinea as impoverished and underdeveloped. The implication here is that sending asylum seekers to Manus Island is cruel because Papua New Guinea is a hellish place to be.
To be sure, conditions at the existing asylum-seeker processing centre have been found by the United Nations High Commissioner for Refugees to be ”harsh” and below international protection standards, and there are plenty of challenges facing PNG, not least endemic corruption, something that does not bode well for this scheme.And it is also true that PNG simply does not have the services required to absorb the incoming refugee population.
Health and schooling services are already inadequate for local populations. Mental health services are largely non-existent.If the Australian government bankrolls these services in its funding of the refugees’ resettlement costs, it will be hugely expensive, and will most likely also breed resentment (fairly enough) among a local population that does not have access to them.However, it is also the case that PNG is, for many of its citizens, far from hellish. And somewhat ironically, the reasons this is so are also the reasons this resettlement plan is likely to be so catastrophic.
The overwhelming majority of land in PNG – the oft-quoted figure is 97 per cent, although this is likely to be too high – is held under customary tenure. This means that land is owned by customary land-owning groups such as clans and tribes, and access to land is made possible by membership in those groups. What is strong about this system is that it means that most Papua New Guineans have access to land, to housing and to gardens to feed themselves.

Because of this, many have a quality of life far above that of people in other developing countries.So when Papua New Guinea is described as ”impoverished”, as Greens leader Christine Milne described it in her comments after Kevin Rudd’s announcement on Friday, this assumes a definition of poverty as something measured in terms of cash income.Such measures can be deeply misrepresentative in countries such as Papua New Guinea, where people may earn little cash income, but nonetheless eat well and own their own land.The customary land system provides an effective safety net for Papua New Guineans, but it also means that life will be tremendously difficult for resettled refugees. Because they are outsiders, they will not have land. Their options then are to settle as squatters on the customary land of others – something likely to engender conflict. Subsistence agriculture is unlikely to be a viable option for many who may have no experience of such a livelihood and are unfamiliar with the climate and geography. At any rate, as settlers they would not have access to land to grow food. They would be precariously positioned, and poor by every definition.So, they will join the country’s already overcrowded urban towns and cities. Here, the rental market — often conducted on the border of illegality, since very little land in PNG is formally titled as freehold — is limited and extraordinarily expensive.In Port Moresby, for instance, a modest two-bedroom house can easily be on the market for 1 million kina, about $500,000, this in a country where the minimum wage is just over 100 kina (about $50) a week. The rental on a basic one-bedroom unit could easily be 800 kina a week.The opportunities for resettled refugees to earn income — any income, let alone enough to afford a decent quality of life — will be minimal. Papua New Guinea’s formal-sector economy is very small, and already unable to accommodate school leavers and others looking for work. Some resettled refugees may be able to find employment, but most, it seems fair enough to say, will not.

A third option will be to join the growing populations of PNG’s urban squatter settlements, living in conditions that can be very poor, often without basic services, and in environments that can be strongly shaped by ethnic and language-based identities.

Neither the Papua New Guinean nor the Australian government has announced where those asylum seekers found to be genuine refugees will be settled. The former, presumably, realises just how disastrous this will be, which raises the question of what on earth Prime Minister Peter O’Neill has had to gain from agreeing to the deal.

Rudd may or may not realise how ill thought out it is. With an election on the horizon, and with this smacking every bit of a cynical move to garner votes, he may or may not care.

Victoria Stead is a researcher at RMIT University’s Globalism Research Centre and has conducted research in PNG for the past six years.