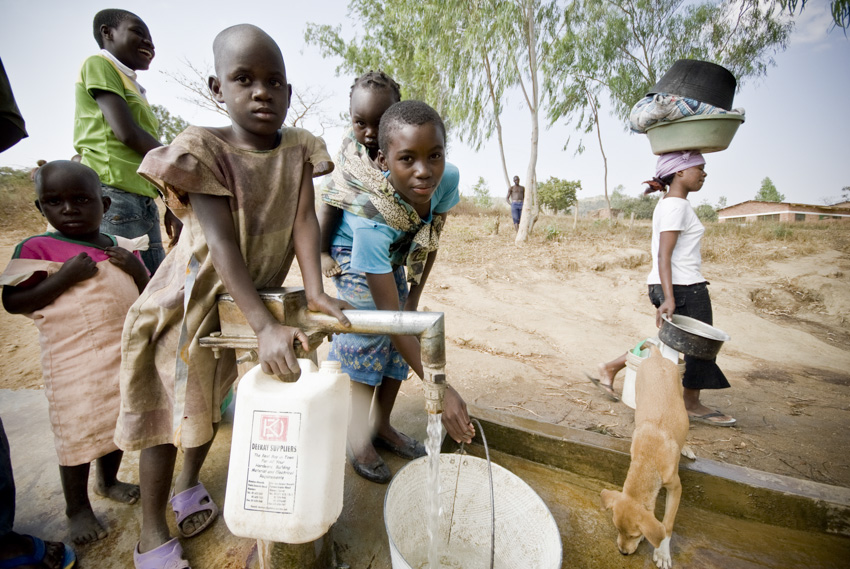 In the rolling hills 575 kilometres north of Malawi’s capital city Lilongwe, lies Paladin’s Kayelekera uranium mine, the first major mining development in Malawi that began operations in 2008, it was to be the standard on which future mines would be based.

“The mine is located in the catchment area of a river that flows directly into Lake Malawi,” said Reinford Mwangonde from Citizens for Justice Malawi (CFJ) in a Greenleft article in 2006, “one of the most pristine freshwater bodies remaining in the world and a vital source of food for the Malawian people.”

When I travelled to the village at the base of the Kayelekera mine in 2009, the road was narrow, winding and mostly unsealed, but like many major mining developments the roads were being sealed at a rapid pace. As we crossed the North Rukuru and Sere Rivers we passed numerous scattered villages that hugged the edges of the road, women and children carried water and their belongings on their head and small shops made from mud bricks and thatched structures sold sweets and supplies to the villagers.

It was at this time that I began to understand the ways in which Australian and international companies can operate out of view of the so-called ‘developed world’. Paladin is an ASX listed company based in Perth, in Western Australia. In 2007 they were granted a mining lease and in 2008 they commenced mining at the Kayelekera uranium Mine (KM). This came shortly after they failed to develop the Angela-Pamela uranium project in the Northern Territory, Australia. In 2014 Kaylekera went into ‘extended care and maintenance’, Paladin estimates that they have 4-5 years left of mining at the KM, based on current reserves, though mine life could be extended if exploration confirms additional resources.

So what happened during Paladin’s time in Malawi? According to locals this is a story of big promises and few returns, a story of a junior mining company turning communities and waterways in a small east African country inside out. A story of empty promises, rather than broken ones, as good intentions were never there. Paladin’s Director John Borshoff is on the record for saying ”I think there has been a sort of overcompensation in terms of thinking about environmental issues, social issues, way beyond what is necessary to achieve good practice,” in relation to mining in Australia and Canada. Communities witnessed the development of a mining project by a company who couldn’t meet regulations in Australia, and so turned to Africa, where rules are less ‘stringent’. This is a story that is most intimately known by the displaced communities, as well as the communities who live at the base of the mine, the workers, local NGOs, the government, and to the company themselves.

During operation the Kaylekera mine was not only secretive, plagued with industrial disputes and allegations of not providing safety gear for workers, the mine during operating failed to deliver any dividends to their shareholders despite record breaking production. Concerns about cost cuts meaning safety and environmental cuts were raised at Paladin’s shareholder meetings for many years in a row, but these concerns have consistently been overshadowed by angry shareholders who have been hemorrhaging money from the dropping share price.

On January 5th of this year, days after Paladin threatened legal action against local civil society groups in Malawi who were concerned about contamination leaving the mine sites, the Company announced that the Kayelekera Uranium Mine (KM) “suffered some minor storm damage during the night when a 20-minute, high-intensity storm resulted in some 25mm of rain falling at the Site. The resultant surge of stormwater caused the liner in the plant run-off tank to rupture, releasing up to 500m3 of material to the bunded areas of the site. Up to 0.05m3(50 litres) may have overtopped one of the containment bunds due to the nature of the rainfall event at the time. […The company] confirm[s] no contamination occurred.” 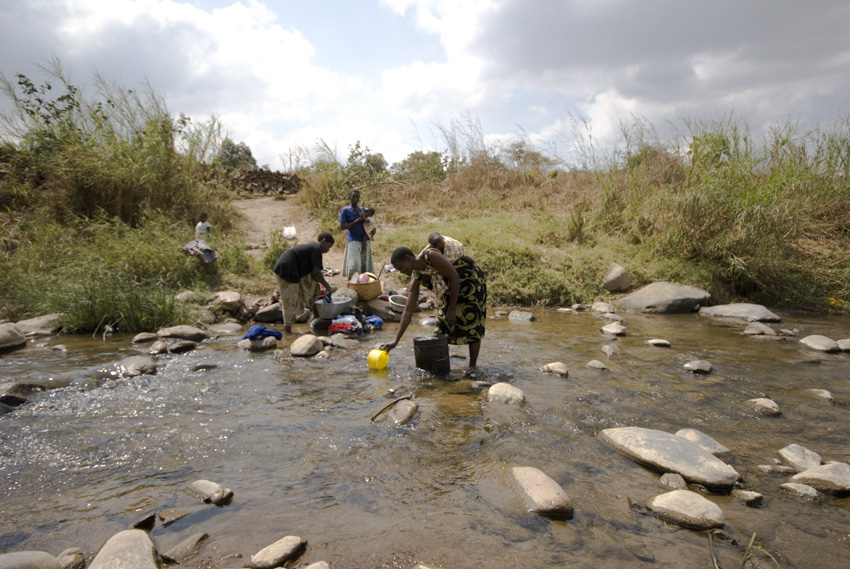 In a meeting in early February with Paladin, Charles Roche (MPI) and Mia Pepper (CCWA) were told that the 50 litres was surface water from the mine site, not tailings, and would have no impact on the environment or public health. However, a report recently put out by EJOLT (Environmental Justice Organisations, Liability and Trade) and CRIIRAD (Commission for Independent Research and Information about Radiation) called the ‘Impact of the Kayelekera Uranium Mine, Malawi’, states that despite Paladin’s confidence, there were no “detailed results provided.”

Prior to the Jan 5th spill there has been numerous other spills, deaths and truck accidents. “Paladin reported that accidents occurred during the transportation of chemicals or radioactive products (two tonnes of MgO in January 2013, uranium concentrate in February 2014, etc…),” the EJOLT report states. In what could be a disturbing trend caused by increasing financial pressure, there have been single fatalities at the Kaylekera site in 2013 and 2014, after almost 500 days without any lost time injuries prior to 2013..

This type of self-assurance and lack of adequate independent monitoring and research has been typical of Paladin throughout their time in Malawi, and local NGOs like CFJ are not confident in their ‘business as usual’ approach. “We have reliable information from mine workers on the site that the Jan 5th spill was caused due to negligence,” said Mwangonde via email to MPI from Malawi’s capital, Lilongwe. “It could have been avoided if workers on the site were able to manage run off water properly. Our fear is that maybe large volumes of untreated water are being disposed into the river systems. Secondly, Paladin’s EIA [Environmental Impact Assessment], which they used to secure a mining license, didn’t have anything around water disposal into the environment and water systems. They are moving inch by inch form their initial commitments,” he said.

“As for the mine closure,” Mwangonde continues, “we are worried that the environmental bond which was set aside may not be sufficient and its details are all [in] the closet. Paladin is on record saying that they have set aside an environmental bond, which would be used during mine closure. We don’t even know the name of the bank holding this bond.”

CFJ has been pushing for an independent assessment of radiation and contamination at KM for many years, and they want CRIIRAD to “be allowed to visit the mine, take samples and talk to communities and government without any remorse from the company if they have nothing to hide and are well meaning, said Mwangonde. “Paladin has been reluctant to accept that.” 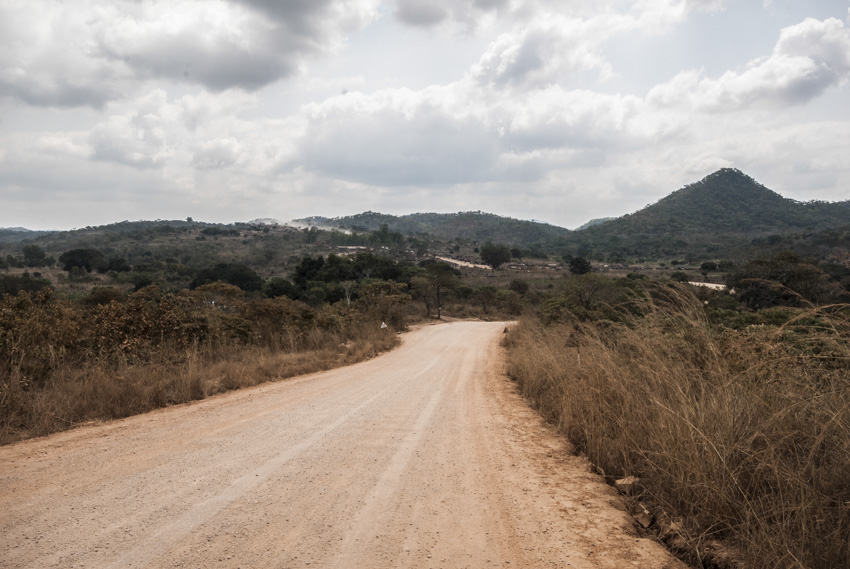 Civil society and environmental organisations like CFJ, MPI and the Natural Resources Justice Network (NRJN) have kept a close eye on their operations since the beginning, in an attempt to make Paladin accountable for the damage they do to communities and the environment. In 2006 MPI commissioned a report of the Environmental Impact Statement (EIS) by Dr. Gavin Mudd and Howard Smith, prior to operations at KM commencing. The report found that in the EIS there was:

Given this was at the start of the project, what hope did Malawians have in this Australian company that predicted jobs and GDP growth for one of the poorest countries in the world. We will see the cumulative impacts of the Kayelekera uranium mine in years to come, and if Paladin walks away without a clear contingency plan, all Malawi will be left with is a hole in the ground and contaminated waterways with no means to fix them.

Back in 2006 Reinford Mwangonde wrote “There is little capacity in Malawi to address the complex environmental and public health risks associated with uranium mining, but these need to be addressed before any mine proceeds.”

Unfortunately we cannot turn back time. 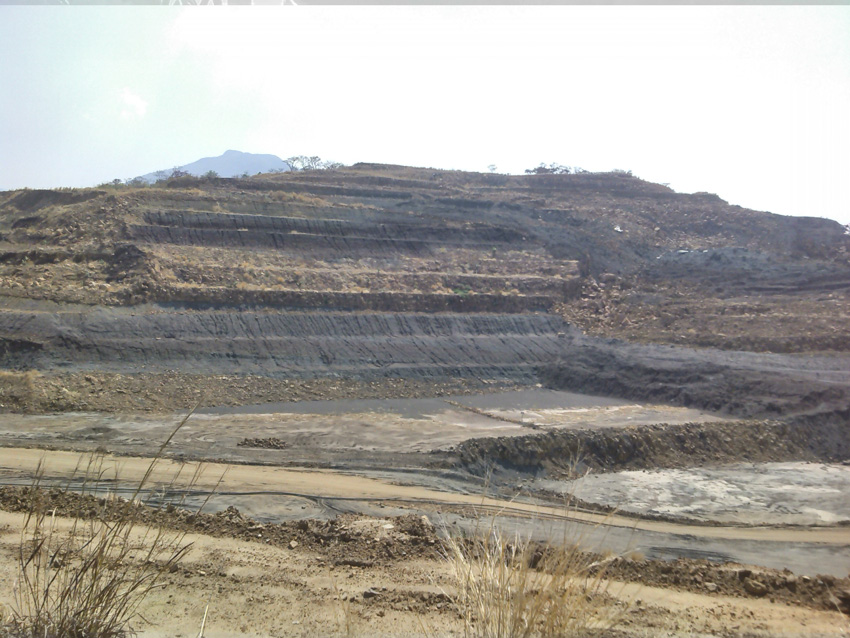