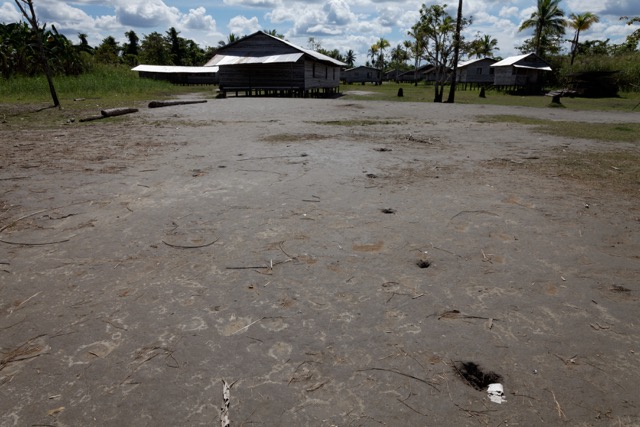 The Hidden Valley mine in the Morobe Province of Papua New Guinea (PNG) has been controversial since construction started in 2007. Poor construction practices, a persistent lack of transparency and a culture of denial have created tension with local communities, ongoing concerns from the local Member of Parliament and attracted the keen eye of the Mineral Policy Institute.

In 2014 the Mineral Policy Institute published a report Mining in Morobe: Impacts from mining along the Watut River and a documentary Hidden Valley. The documentary makes it clear that communities from the middle and lower Watut are concerned about the current impacts of mining on their people and land, and highlights their concerns for the future, particularly if other mines are developed. The report provided evidence of impact, poor transparency and concerns about the impact of a mining dominated future in Morobe Province and along the Watut River. It made a series of recommendations regarding transparency, board accountability, and breaches of guidelines and reporting. Unfortunately little has changed.

In June, I travelled to PNG to present at the University of PNG and Australian National University’s PNG Update. My presentation, Mining in PNG: lessons from the Watut River, was based on MPI’s previous work and two recent reports which have highlighted just how poor the outcomes from Hidden valley have been. This article attempts to capture my presentation, focusing on the new Reports. While there are also clearly some benefits from the mine, I’ll leave reporting on those to Newcrest and Harmony Gold, and concentrate instead on the outcomes they neglect to report on. 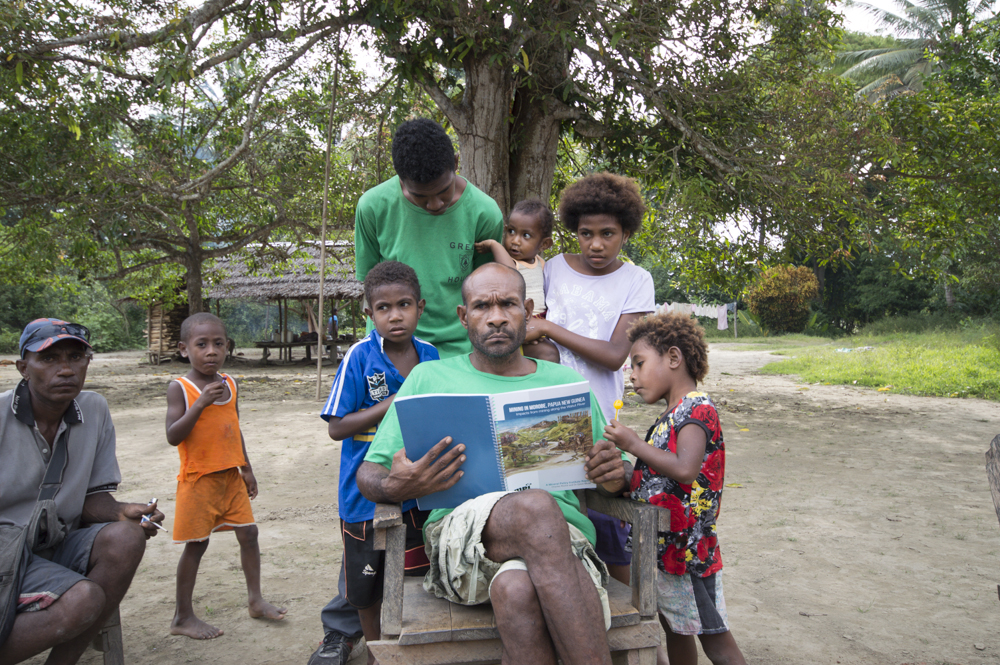 The first of these is the [A] Review and assessment of the benefit-sharing arrangements of the large-scale mining activities in the Wau-Bulolo, Papua New Guinea, published by the PNG National Research Institute and commissioned by the Bulolo Joint District Planning and Budget Priorities Committee (JDP&BPC) under the Chairmanship of MP for Bulolo Sam Basil. The report makes clear that despite 500m kina being spent in the area and 57 m kina coming in royalties, the ‘development impact of these funds has been minimal’.

The Report finds structural and governance issues relating to the Nakuwi Association that represents landowners. Describing the organisation as “…having significant deficiencies that undermine its usefulness in pursuing long-term interests. Structurally, this is a defective association with poor governance and accountability mechanisms”. It is unfortunate that the structural issues, obvious from the beginning, have been allowed to undermine the legitimacy of the Association and hampered the organisations ability to represent landowners.

The second source is actually a three volume report Development and social mapping in the Hidden Valley gold mine impact area, 10 year re-study – draft final report by John Burton a consultant for the operators of the mine. Firstly Dr. Burton needs to be commended for making the documents available; normally this type of report is never made available to public, thereby hiding valuable research and the real impacts of mining. Nearly four hundred pages, it tells a completely different story to that presented in company reports and AGM’s of the mine’s owners, Newcrest Mining and Harmony Gold over the last few years.

In this brief article it is not possible to share the weight of Burton’s research, documentation and findings. But the depth of his concerns are immediately apparent in the second paragraph, where he states that “… 27 years after the principal ore body was discovered, communities in the entirety of the Hidden Valley impact area are still experiencing significant poverty. The immediate impact area includes pockets of the world’s poorest people who have yet to participate meaningfully in mine benefits and some of these are the host communities on whose land the mine has been constructed”.

Burton then identifies seven ‘red flag’ issues identifying: (1) severe poverty; (2) high mortality levels and an absence of primary health care; (3) despite being identified as especially vulnerable in 2005, the Hikinagowe and Heyu communities are living in extreme poverty; (4) the use of child labour and a lack of adequate management tools; (5) the benefit distribution agreements have entrenched gender discrimination; (6) the absence of Free Prior and Informed Consent in the mining agreements; and (7) biodiversity impacts.

This is a roll call of what should be avoided, rather than the proud outcome of a supposedly modern mine. It seems that despite a significant flow of funds coming from the mine, including to the landowners, the mine is failing to alleviate the issues facing local people. Unfortunately, despite Newcrest and Harmony Gold (as joint owners of the mine) having access Burton’s Report’s, these issues are not raised in sustainability reporting or at the last two Newcrest AGM’s. Hopefully corrective action has been implemented, though tackling these entrenched issues will take years, if not decades. Or, perhaps the level of public reporting accurately reflects the level of importance Newcrest and Harmony Gold give to these issues.

In closing, it is clear there is much to be learnt from Watut River. Not the least being that PNG’s newest mine is failing impacted communities. Immediate and sustained action is required to address the high mortality rates and the severe and extreme poverty. Hopefully other mining affected communities in PNG do not share these problems. Apparent along the Watut and probably applicable more generally is the urgent need (1) to increase transparency (money, science, management) and inclusiveness; (2) to reduce gender discrimination; (3) to allow decisions to be made by people with a vested interest, not just transient and disconnected decision makers; (4) ensure ongoing independent research – such as Burton’s application of the multidimensional poverty index.

Until these are issues are owned, reported on and tackled collectively with stakeholders, we will continue to witness poor reporting and a state of denial not just at Watut, but by the PNG mining industry.