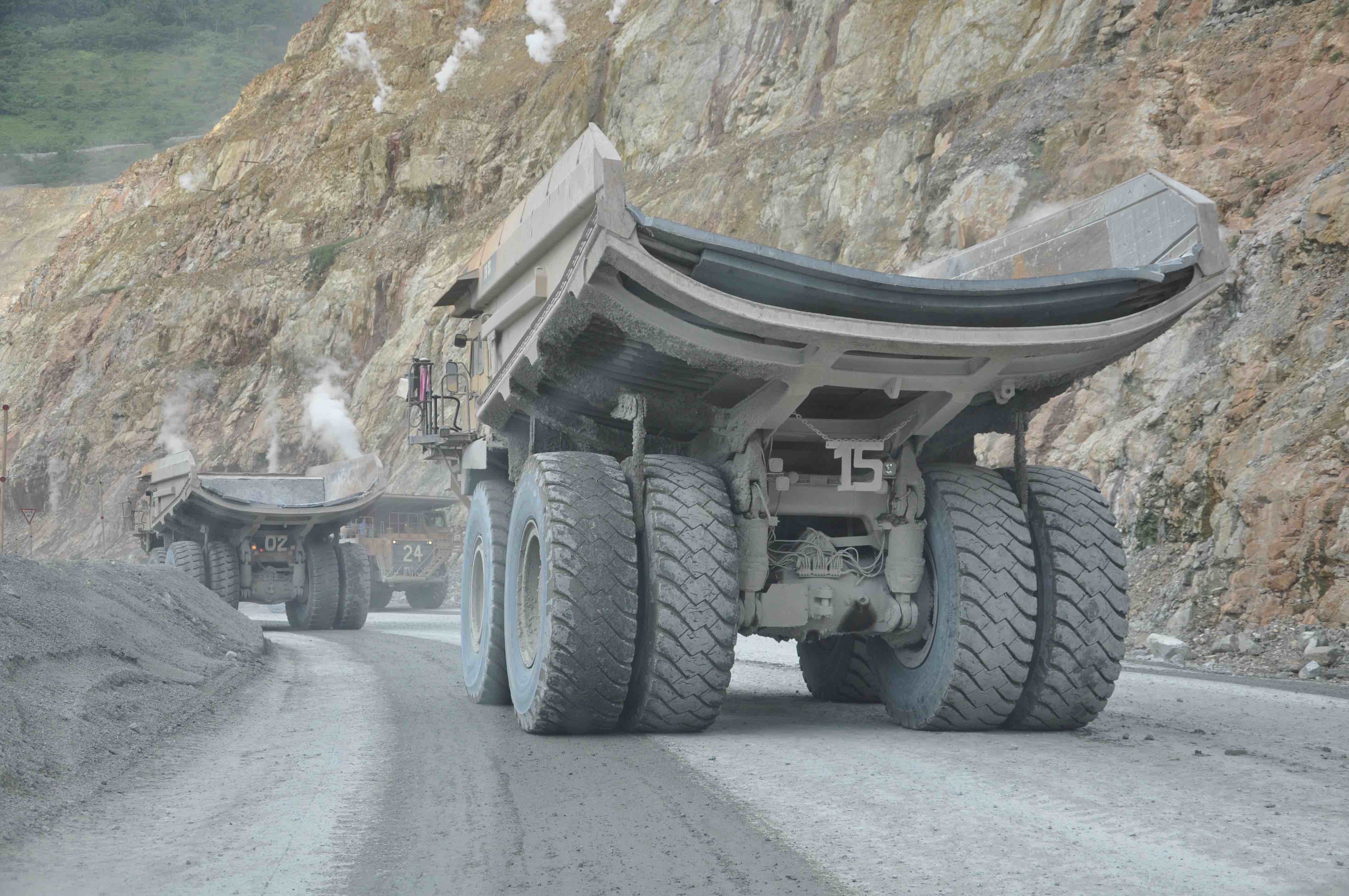 The people of Papua New Guinea have a complex and varied relationship with the predominantly transnational extractive industry in PNG. At a national scale, the industry is as famous for it’s highs, with the wealth generated by extractives evident in Port Moresby, and for its lows, evidenced by mining related disasters at Panguna and Ok Tedi to name just two. At a more local scale, extractives bring positives in the form of benefits, opportunities and infrastructure balanced against the negatives of environmental harm, social and cultural fragmentation, entrenched gender discrimination and loss of agency. While this tale of impact and benefit at local and national scales raises many questions, this article, responding to a recent book chapter, responds to just one – how well do we monitor, evaluate and ameliorate the impacts from mining?

This is not a new question. Twenty years ago a National Resources Institute (1996) report into the social impacts of mining, based on fieldwork at Misima, Porgera, Ok Tedi and Lihir, found a number of common impacts. These included: (1) resource scarcity and over population; (2) influx of outsiders; (3) breakdown of law and order; (4) unequal distribution of income; (5) subordination of women; (6) power struggles with community; and (7) project dependency syndrome. Though not wholly or solely attributed to the extractive industries, this early identification certainly demonstrates a long-term awareness of and acknowledged responsibility to identify, measure and overcome these impacts. Nor is it a stale question, with the UNDP (2014) noting the ‘historically under-resourced’ Department of Conservation, which left environmental governance in the hands of mining companies. The assessment of monitoring of social impacts is even worse. For example, the UNDP (2014) reports that: “…SIAs and subsequent social monitoring programmes are typically the poor cousins of the EIA process, and are rarely able to deal with social and political complexity associated with the mines.” (p.66) These failings leaves PNG with only what can only be described as poor governance of environmental and social impacts especially in relation to reporting and data transparency. 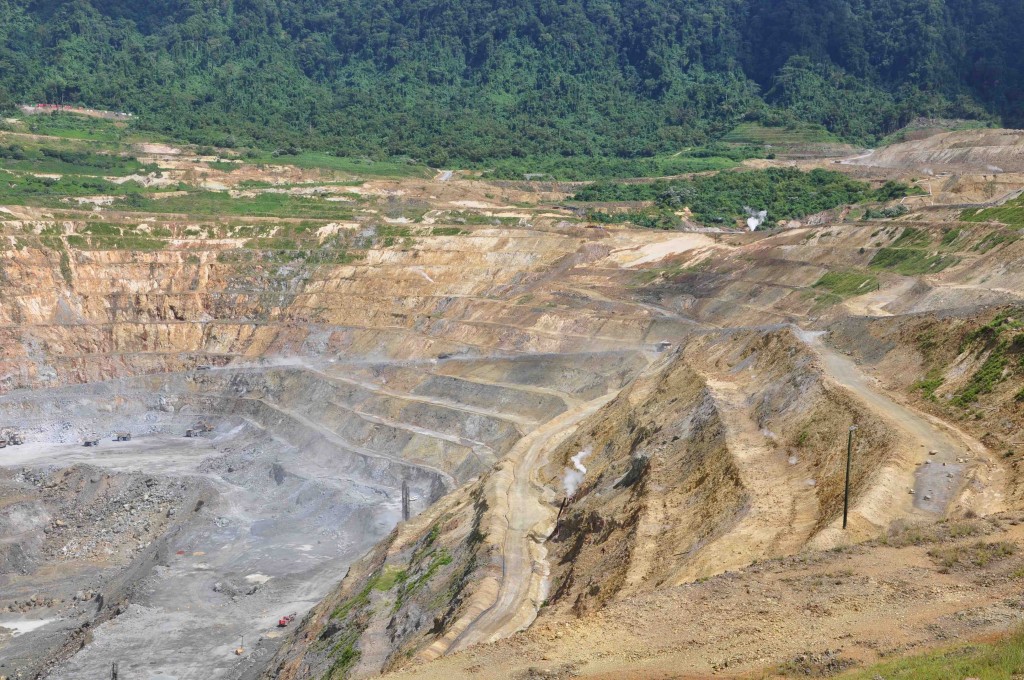 This awareness of the importance of responding to social impacts was reinforced by the Asia/Pacific workshop on Managing the Social Impacts of Mining, also in 1996. There, Cook-Clarke (1996) outlined the centrality and importance of community information (data), which would identify and track positive and negative impacts from mining related socio-cultural issues. Cook-Clarke identified three distinct uses of the data; (1) impacts to be identified, defined and assessed, (2) development of mitigation plans, and (3) to inform negotiations between parties. Though in asking who acquires the data – a question which could also be extended to who owns, holds and uses the data – we need to understand that there are different perspectives and reasons for acquiring community data, whether it be for government, community or company purposes. What was already understood in 1996 was that the data collection needed to be transparent and allow for the substantive input of all parties (I would emphasise communities). This would allow the information to be used by communities to make informed decisions and maintain control over development decisions affecting, more than any other group, their own future.

The same seminar also identified a number of additional and specific impacts from the mine on Misima, which shares a matrilineal culture with Bougainville and Lihir. The impacts included: the disruption of the environment, social organisation and cultural values, unresolved issues of land access, and a loss of control by local people over major decisions (Clark & Cook-Clark, 1996). The last of these – ‘loss of control over your own land and future’ – is a direct challenge to and erosion of self-determination; a right that should be defended and upheld by governments and respected by transnational mining companies. At best, in 1996, this could be considered paternalistic colonialism. In 2015, however, such impacts could be more accurately seen and experienced as corporate imperialism. In sum, the identified social impacts represent a potential for significant, massive and long-lasting disruption to local communities affected by the extractive industries. This represents a significant and severe, if not catastrophic risk that should inform decisions and be featured in any environmental and social management or monitoring system.

These reflections and reminders of issues raised twenty years ago set the scene for an examination of Pacheco Cueva’s (2016) book chapter entitled From transnational trends to local practices: Monitoring social impacts in a Papua New Guinea mining community. While accompanied by a range of very interesting chapters focusing on the impacts of transnational capital, it is the only mining focused article in the aptly titled Globalisation and Transnational Capitalism in Asia and Oceania (Sprague, 2016). The article explores the impact of transnationalism on social monitoring through a Lihir Island case study, identifying many related issues to those outlined above. Pacheco Cueva starts by identifying three main functions that socio-economic monitoring fulfils for mining compliance; (1) comply with legislation, (2) to demonstrate the project is globally competitive, and (3) to legitimise the existence of the mining project. Limited by size and concerned about the applicability of competitiveness as a positive driver of better socio-economic monitoring in PNG, the following discussion will focus on two of these, legislative requirements and legitimacy.

In a short history of mining in PNG, Pacheco Cueva reminds us of some of the past crimes, excesses and impacts of the mining industry, and the disjunct between the potential benefits from extractive industries and PNG’s Human Development Index ranking of 156. He then outlines the regulatory requirements under the Mining Act which requires a ‘development forum’ to be convened to address land holder issues, including a system of monitoring and evaluating social impacts, as well as the requirement by DEC for proponents to produce a social impact statement (SIA). Clearly the structure is there, though its implementation is flawed, with Pacheco Cueva describing a situation where “(d)espite the development of a more complex legislative framework for mining and increased knowledge about the social impacts by the industry, many communities continue to be adversely affected by resource extraction in PNG” (p.231). This is followed by a discussion of the effect of global trends, which depicts PNG with a neo-liberalised regulatory regime consisting of uneven development and few local linkages between the extractive industry and local communities, thus rendering PNG politics and economy dominated by transnational companies. 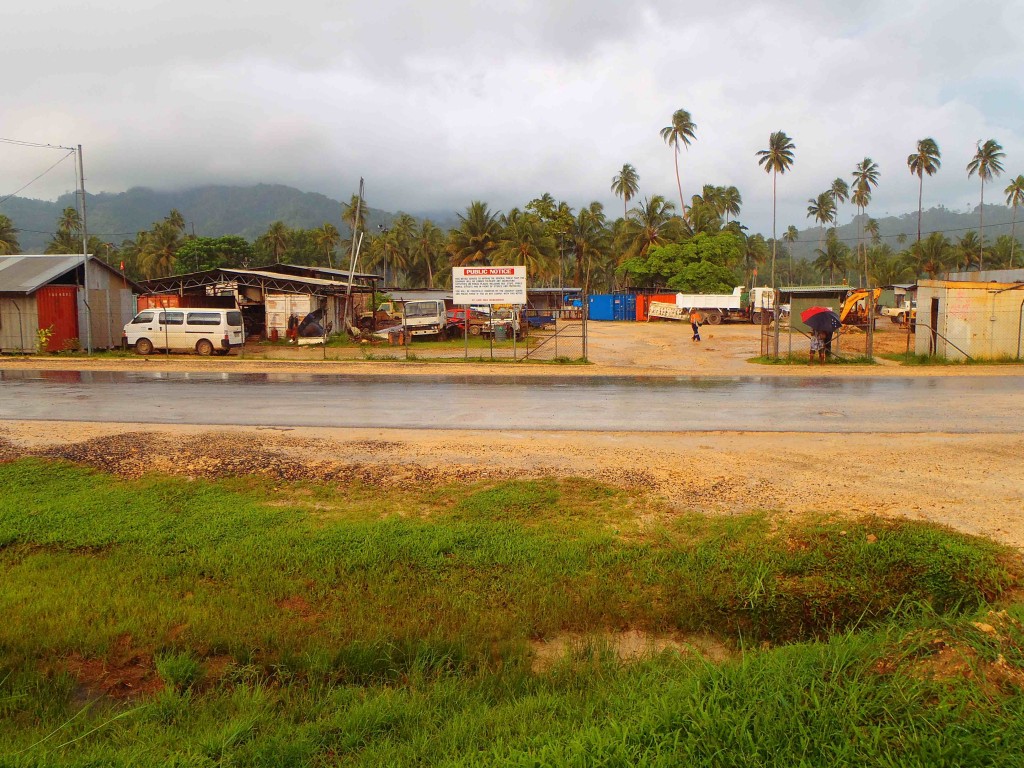 From this base, Pacheco Cueva brings a different perspective to the examination of the social impacts from the extractive industry in PNG, grounded in his work on Lihir Island from 2010-12. During that time Pacheco Cueva was employed by the Centre for Social Responsibility in Mining (CSRM) at the University of Queensland (UQ) which had been providing research support for Newcrest’s impact monitoring program since 2007. Pacheco Cueva worked with the company’s Assurance and Impact Monitoring (AIM) section to undertake an economic study which analysed the flow of funds from Newcrest to the local economy. This research also involved conducting interviews to gather data on employment, household consumption, expenditure patterns, entrepreneurial behaviours and informal economic activities. The focus of Pacheco Cueva’s article is not on the data collected, however, but on the collection, use and distribution of the data.

Having already told us that Newcrest “…despite the fact that it possesses, arguably, the largest repository of local socio-economic information about the community in which in operates, makes very selective choices about the type of information it releases to the public” (p.234), Pacheco Cueva then sets out the numerous issues that undermine the purpose and intent of social impact monitoring and management. Though too many to discuss here, some of the key issues identified include: (1) Newcrest’s focus on reducing risk and tensions while securing legitimacy for the project – an approach echoed by Australia’s Export Finance Insurance Corporation (EFIC) (2) the defacto status of Newcrest’s AIM section as a statistical agency; (3) the lack of access to and transparency of the data; (4) comparative resources asymmetry, with the community not having the resources to analyse or maintain data leading to further information asymmetries; and (5) the weak government presence on Lihir.

Pacheco Cueva is not alone in these observations. Asymmetries in power, information and resources underlie almost every mining venture. This leaves experienced capital-intensive and politically influential enterprises interacting and negotiating with inexperienced, predominantly subsistence based communities often alienated from the regional or national polity. In short, transnational extractives operate in a state of inequity that produces ongoing tensions and sub-standard outcomes that cannot be defended from either an ethical or efficiency perspective. Nevertheless, this is the basis for most, if not all multinational operations in PNG, including Lihir, despite the communities’ ability to challenge and even temporarily shutdown mining operations.

Of most relevance to the discussion above and Newcrest’s ongoing operations at Lihir and in Morobe, however, are those relating to control over data collection, storage, analysis, use and distribution. This is a situation where “…as a result of different roles between the company as data manager and other stakeholders as data users, the data generated by the company is much more in line with the company’s conception of development in Lihir than that of landowners’ and/or the government, even if the data fulfils the IBP agreement” [Integrated Benefits Package – the mandated company-community agreement]. Pacheco Cueva describes the Lihir data as biased, which he regards as common practice in the PNG mining industry and beyond. Returning to Cook-Clarke’s three uses of social data, helps perpetuate asymmetries of power and knowledge and undermines community control and self-determination.

Perhaps of equal interest to Pacheco Cueva, is the impact this corporate dominated culture has on the future of Lihir. Certainly the mining operations have contributed to a limited and declining state presence on Lihir, leaving communities more distant from the State than ever. This encourages the increasingly capitalist based Lihir communities to look to the company for solutions, effectively making Newcrest a surrogate State. A situation which rather than delivering power to the company generates further and ongoing social claims against them, creating the tension and risks they sought to avoid by tight control of social monitoring and management.

Finally, Pacheco Cueva describes a shift in corporate social monitoring objectives overtime, from regulatory compliance to risk reduction and the seeking of legitimacy. This evolution, however, doesn’t change the constant difference in motivation and development aims between communities, State and company. These differences become critical to the outcomes on Lihir and elsewhere in the extractive industry, where the obsession with corporate control over data undermines the very benefits sought through legislative requirements and even the corporate quest for legitimacy. This presents a depressing picture of the approach to monitoring of impacts on Lihir; made all the worse when compared with Cook-Clarke’s observations in 1996. If this is indicative of a transnational trend as Pacheco Cueva suggests, then it seems the industry needs a new approach, with motives that align with community rather than corporate interests. Only by prioritising local community interests in the social monitoring process will Newcrest and other companies secure the legitimacy they require to operate.

Clark, A. L., & Cook-Clark, J. (1996). The Misima mine: An assessment of social and cultural issues and programmes. Paper presented at the United Nations conference on trade and development – Managing the Social Impacts of Mining, Bandung, Indonesia.