This article explores how a large-scale mining development located upon the Rai Coast of Papua New Guinea is transforming how a local community value their land. Throughout history, different cultures have ascribed different meanings and values to their local environments. These values are important, as they shape personal and collective behaviours – behaviours that largely determine the long-term sustainability of communities and societies (Diamond, 2005). It is a grim fact of the modern condition, however, that there remains little opportunity for people to express the value of land beyond simple economic measures. Indeed, much has been written about the universalising qualities of neoliberal globalisation and how it affects peoples’ attitudes and values towards land (e.g. Plumwood, 2002; Shiva, 1993). To be ‘rational’ human beings in the neoliberal age is to conform to the logic of the market. To do so, we are required to think of land as ‘property’ and to view ‘value’ purely within economic terms. In the process, the intangible value of land – as a place of home, identity, spirit and culture – is silenced, or lost.

Over the last twenty years, neoliberal-styled globalisation has spread to all corners of the Earth. Even in the most remote places, conflicts between industrialised and traditional modes of valuing land now exist. This is evident in research conducted by Professor James Leach: Directeur de Recherche at the Centre for Research and Documentation on Oceania (CREDO) and ARC Fellow with the University of Western Australia. Over the course of two papers (2011, 2014) Leach examines how a modern mining venture is impacting relationships between people and land in Reite, a small community located on the Rai Coast of Papua New Guinea (PNG). 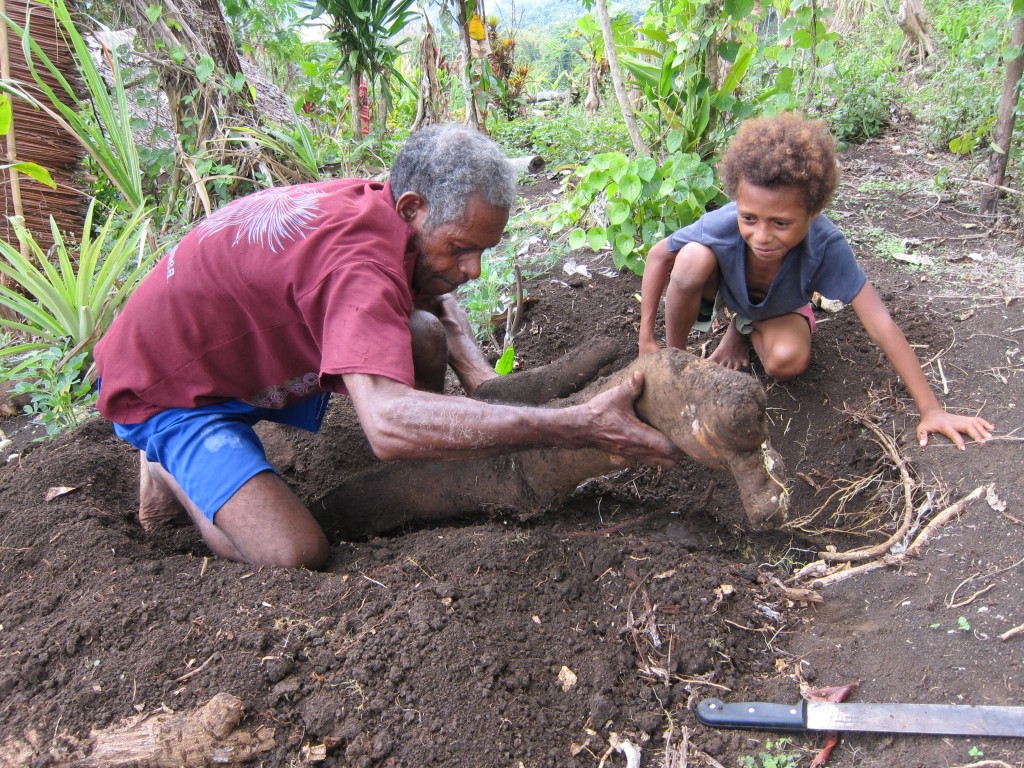 Like many communities throughout PNG, the Reite are mostly subsistence farmers who depend upon locally sourced tubers and vegetables, hunting, and some small-scale cash crops. In a very direct sense, the Reite are dependent upon the land for their nourishment, shelter, livelihoods and wellbeing. The most striking feature of Leach’s writing, however, is his ability to portray the centrality of land for the Reite’s way of life. The Reite’s relationship to land, and to each other, is one of mutual interdependence and reciprocity. It is a way of life in which the boundaries between self, other and land blur. As Leach observes: “The Reite social world is one in which land and people are explicitly and consciously interwoven in the processes of social formation, production, and reproduction […] Kinship is rooted in particular places; land underwrites the social relationships it nurtures” (2011, p. 310). Put simply, the Reite are “land made mobile” (Leach, 2011, p. 312).

The importance of taro in Reite culture demonstrates the interrelatedness that exists between land, family and self. Taro is a staple food source gardened in the forests surrounding the community. In addition to nourishing bodies, Leach observes: “taro gardening provides form and structure to people’s activities, to their interactions, and to the landscape in which it has played a part” (2015, p. 59). Young people gain knowledge of the taro and of its gardening as part of their initiation into the Reite community. Once completed, the young person becomes a full member of a social structure whose origins, present and future is bound to taro and to the land from which it is grown. Here, the notion that the self can exist independently of land cannot occur, for the Reite see themselves as people whose existence is contingent upon, and emergent from, the taro deity. The land is thus animated, nurtured and valued by the Reite as the basis and source of all things.

The sense of interconnectedness and reciprocity the Reite feel towards the land is, perhaps, difficult to apprehend for those of us who have been taught to view land as mere “property”. It is testament to the strength of Leach’s writing, however, that we are invited to see the land as the Reite do. And it is from this position of empathy for the Reite’s worldview that Leach’s work gives us insight into the paradoxes that exist for the Reite in their relationships with mining specifically, and neoliberal ways of valuing land more generally.

Located 20 kilometres from the Reite community is Ramu Nickel’s Basamuk processing plant. The facility has been a source of great consternation for the Reite people since construction began in 2006. Much of the community concern relates to potential impacts on the regions’ flora, fauna and fisheries, as well to the livelihoods of those located near and around the processing plant. Of particular concern to the wider Rai Coast community was Ramu’s proposal to dispose of mine tailings using a method known as ‘Deep Sea Tailings Disposal’ – a controversial practice banned in many countries, including the United States and Australia – and the lack of environmental oversight provided by PNG’s pro-development government.

Stories about local communities fighting mining developments and complicit governments are all too common (think Ok Tedi, Panguna, Porgera, Misima and Tolukuma to name a few). Where Leach’s research departs from the usual analysis of community-development conflict, however, is to examine how proximity to the Basamuk processing plant is changing the Reite’s relationships to land, degrading the Reite’s way of life, and undermining the health of their local environments. This is a transformation that is familiar and symptomatic of broader development changes in PNG. To understand this process, it is first necessary to provide some context.

Since gaining independence in 1975, PNG has protected the rights of its citizens to uphold traditional land practices through the mechanism of ‘customary tenure’. Customary land tenure has its basis in customary law, the content of which is reflective of the societal customs, values and beliefs of those to whom it applies. In the case of the Reite and other landowners throughout PNG, customary land tenure has allowed these people to maintain control over their lands and to participate in forms of land management consistent with their cultural beliefs. According to Leach, however, customary landowner rights have been eroded throughout PNG over recent years by ‘neo-liberal’ economic advisers based in Australia who argue that the economic value ‘locked away’ in customary land should be realised and re-invested in Western-styled ‘development’ (2015, p. 55). In part due to these pressures, the PNG Government passed new legislation in 2009 that allows ‘Incorporated Land Groups’ to lease land under customary tenure for the purposes of deriving compensation from mining activities that use or destroy land (Independent State of Papua New Guinea, 2009 as cited in Leach, 2015). 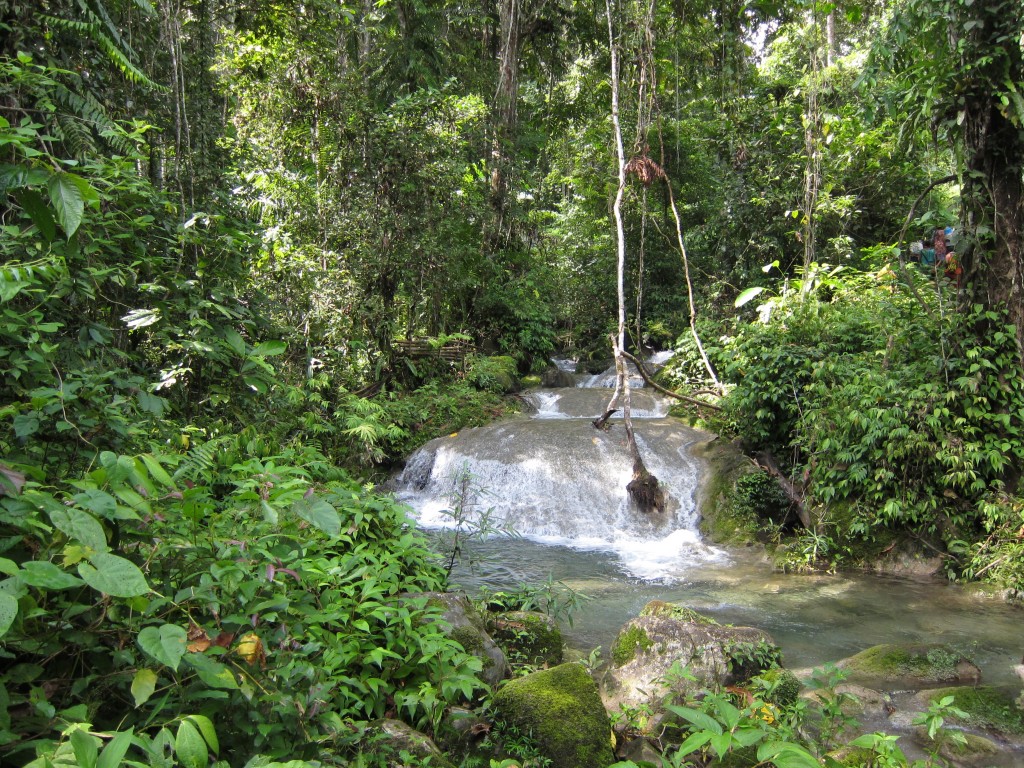 Although the leasing of customary land via Incorporated Land Groups is an entirely voluntary process, Leach argues that these amendments to customary title arrangements play on the Reite’s fears of losing autonomy over their land. As the Reite see it, either they will lose their land to extractors, or they will miss out on the perceived benefits of mining development (e.g. money, education, employment opportunities) if they fail to join an Incorporated Land Group. This has resulted in many people paying significant amounts of money to join land groups in the attempt to protect their claim to the economic benefits that are assumed to come with mining development. Not only has this process caused much social division as individuals fight each other’s claims over land, the situation is also accelerating a transition from traditional modes of relating to land to one based upon private property rights and economic exploitation.

Partly as a result of this milieu of legislative and social change, traditional ways of according value to land have come under immense pressure. According to Leach, many people in the Reite community consider themselves to be living in the ‘time of money’ as opposed to the ‘time of taro and yam.’ Broadly defined, this speaks to the Reite’s perception of themselves as people who now accord more importance to ‘money’ than to traditional and customary values. As a consequence, people are increasingly realising the economic value of their land by transitioning from subsistence horticulture to a ‘market-orientated’ agriculture. In the case of the Reite, the transformation is exacerbated by the existence of Ramu NiCo’s Basamuk processing plant. Desperate to participate in the money economy but having no direct access to the benefits of the mine (the mine neither employs nor pays compensation to the Reite), community members have taken to growing cash crops to sell to the catering companies that service the mine workers. In this sense, not only does the processing plant act as a powerful symbol of the perceived virtues of Western-styled development, it also creates the markets that incentivise the growth of market-agriculture.

It is an intriguing aspect of Leach’s analysis that the Reite’s shift from traditional land-use relationships to a market-based agriculture is motivated not so much by economic necessity, but by the imaged power of money to deliver a future of wealth and ease. Indeed, as Leach’s analysis clearly demonstrates, Reite farmers receive such poor prices for their cash crops that market-based agriculture exists only to the extent that it is supported by subsistence farming. In the pursuit of cash-cropping, however, not only is the area left for traditional taro gardening and hunting diminishing, in many instances the land itself has become degraded as individuals seek to maximise their economic return. When challenged about their over-exploitative behaviour, Leach notes many individuals reply with a stock answer: “now is the time of money, and the land is their land to do with as they wish” (p. 58). It is therefore a terrible irony that the more the Reite pursue market-based agriculture and the more they destroy the land required for subsistence farming, the more likely the Reite will be left without a viable version for either mode of food production. And in the process, the Reite people are caught in a paradox in which the fear of losing their land motivates them to participate in a process that further alienates from the land they fear to lose, the cultural and familial bonds they wish to retain, and the wealth they so desire.

We can hardly blame the Reite for wanting to better their situation. As a people who lack access to even the most basic conveniences of modern living the pursuit of wealth via market agriculture is understandable. However, like so many marginalised people unwittingly or unwillingly brought into the fold of the global money economy, the Reite are subject to the full force of its unequal machinations.

The themes raised in Leach’s research have broader implications for global society in the 21st century. An increasing number of scholars have argued that there is something very wrong with how dominant modes of economic thought value land, people and places. Not only does the dominate mode of economic thought tend to disappear alternative modes of land valuation (Shiva, 1993), it also encourages a particular way of perceiving land that allows people to justify its exploitation (Berry, 1995). In the process, cultural and ecological diversity becomes diminished as communities reimagine themselves as market actors rather than members of an ecological community. It is this cultural transition, perhaps more so than any other factor, which underpins the non-sustainability of our global society. In this sense, if the Reite way of life were to fade away – subsumed into the folds of the globalised money economy – we should all mourn its passing, for gone will be another unique expression of the human mind that could teach us how to live in harmony with the world neoliberalism is so desperate to sacrifice in the name of ‘rational’ economic development.

The hidden costs of ‘mining development’: a view from the Rai Coast of Papua New Guinea