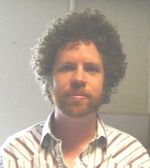 How will refugees resettle in PNG? Without clan or lineage links they won’t be able to own rural land or be integrated into many social structures, writes Pacific scholar Kristian Lasslett

It is hard to digest Prime Minister Rudd’s policy announcement that refugees seeking asylum in Australia will be detained on Manus Island and then resettled in Papua New Guinea (PNG) if deemed “legitimate”; it is a policy meal worthy of the bin.

Rudd and his ALP colleagues are effectively telling the Australian public that resettlement in PNG is a punishment, designed to deter refugees from seeking asylum through the “back door”. Papua New Guineans will no doubt appreciate the implication that their country is “hideous” enough to dissuade some of the most persecuted people in the world from making the treacherous journey to Australia.

Did anyone in government consider the practicalities of resettling refugees in PNG? Approximately 85 per cent of Papua New Guineans live in rural areas. Their access to land – which is essential to livelihoods – is assured through a customary system of tenure that is organised along kinship lines. Land ownership in rural areas will thus be barred to refugees, because they have no connection with indigenous clans and lineages so vital to rural life in PNG.

Their only option will be the city. Currently Port Moresby is PNG’s largest urban centre. While many people in Port Moresby survive on PGK100 (AUD$48) a week, or less, a basic one bedroom apartment costs around PGK2000 (AUD$948) a fortnight. Accordingly, the majority of Papua New Guineans live in settlements, many of which abut the luxury apartment complexes that house the country’s growing expatriate population.

These are informal communities built on customary or state land; although their tenure is often legally precarious, settlement residents spend considerable energy and money on building safe, clean communities. Informal government structures manage law and order, education, health, the youth, women’s issues, and socio-economic development. But as with rural areas in PNG, ethnicity, kinship ties and a shared history are the glue which keep settlement communities together.

So where does Rudd plan to house resettled refugees? Will they be offered subsidised accommodation in the formal housing sector? If so, it will be interesting to see how PNG’s lawyers, doctors, civil servants, pilots, teachers, and nurses – many of whom live in settlements – will react.

Or, if resettled refugees are tossed into settlements, their life will be a precarious one. Lacking community ties, finding a settlement home will be a gruelling challenge. Even if they do find a secure place, they will have to contend with another bleak reality – many settlers in PNG face the daily threat of forced evictions by a government who has ignored its international human rights responsibilities. Just ask the West Papuan refugees who once lived in Port Moresby’s 8-Mile settlement. Following a brutal forced eviction in 2010 they lost everything: their home, belongings and community.

Anyone even faintly familiar with PNG would know that there are considerable racial tensions between Papua New Guineans and new migrants from East and South Asia. The reasons are complex; critically, locals have witnessed resource hungry multinationals from Asia secure, often illegally, their forests and mineral resources. While many local businessmen struggle to keep their heads above water, Asian companies are taking the lion’s share of infrastructure projects courtesy of concessional loans.

Indeed, being blacklisted by the World Bank appears to be no bar to government contracts – just ask the China Harbour Engineering Company. Then there is the issue of migrant labour; with many local workers becoming increasingly vocal in defence of labour rights, employers are looking to vulnerable foreign workers to fill the gaps.

Resentment grows on the ground to these sort of deals and can rupture unexpectedly in riots or even murder. Most Papua New Guineans deplore racial violence, but many are quick to add there are reasons for these sudden frenzies.

It is not that Papua New Guineans dislike foreigners; far from it, anyone lucky enough to visit PNG knows it is one of the friendliest and welcoming countries in the world. Whether it be in the village or the city, there is always a smiling face and an outstretched hand for a visitor.

But people in PNG have their own human rights struggles to contend with: the theft of their customary land by mainly foreign multinationals through Special Agricultural Business Leases; the increasingly brutal posture of the armed forces and the police; a corrupt “mobocracy” that hoovers up a large chunk of the development budget; increasing inequality; violence against women, and of course health and education infrastructure suffering from neglect and underfunding. All the goodwill in the world notwithstanding, PNG cannot afford to deal with those displaced and traumatised by persecution abroad.

In Rudd’s defence he is attempting to vanquish from the political landscape the only tool the opposition leader appears able to use; the wedge. Fair enough. But many Papua New Guineans I have spoken with are sick of their country being treated like a dumping ground for Australia’s problems. Like many in Australia, they are shocked by the Rudd Government’s willingness to derogate from its human rights responsibilities with respect to refugees.

Indeed, Papua New Guineans know all too well the discriminatory practices constitutive of Australia’s “border control” policies; getting a tourist visa to visit friends and family in Australia has historically been a fiendishly complex process.

Thoughtless policy decisions like Rudd’s resettlement scheme scuttle the tireless efforts of Australians who build strong, reciprocal bonds with PNG. At the moment PNG is being used as a pawn in a game between Rudd and Abbott. Following the election hangover Australians may forget this, but Papua New Guineans will not.

Rudd’s policy will simply serve to confirm suspicions that Australia’s elected representatives view PNG not as a country rich in culture, biodiversity and history, but as a hostile, primitive backwater populated by mean, uneducated people – just the sort of thing that will “turn back the boats”.