Written in Australia — By Australian Lawyers

Drafted in Australia —  To benefit an Australian Company

Mining Bill To Be Presented for a House Vote

A wolf in a sheep skin

As a branch of the custodian of the Peace process and the Peace Agreement, we have a duty to give you our view of what you are being asked to do and what it means for our Island.

We are surprised and confused that the ABG would entertain such a document that our members have been briefed on. THIS IS NOT A BOUGAINVILLE MINING POLICY. When you look under the skin it is a wolf under there. He only looks like a sheep because he killed the sheep and put his skin on. This is an AUSTRALIAN MINING POLICY.

The whole legislative process and the contents of the Bill show no understanding of what we have been through on Bougainville or the cause of our problems in the first place. What is confusing to us is how the Bougainville Mining Department and the Mining Minister let this Mining Policy get this far in the law making process.

It is obvious to everyone in our area, now that we have analysed the Policy in detail, that this is not for Bougainville; it is for Australia. We do not criticise you if you didn’t understand what some of the Sections really meant because we didn’t either until now. Because the wolf’s drafters meant to hide the true intent which was to get back BCL into the exactly same position it had before 1989. 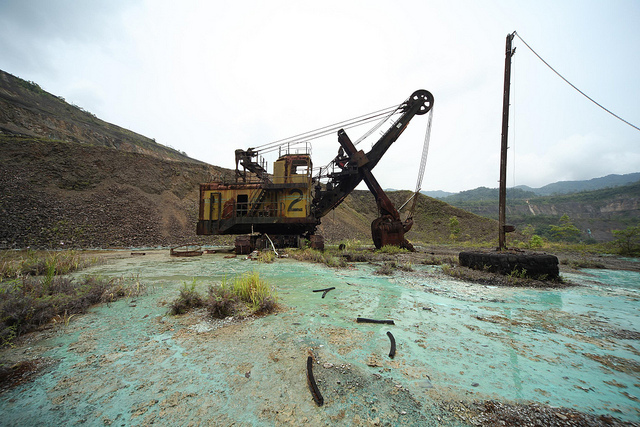 Let us all realise the truth – this mining Bill will likely lay the foundations for another Bougainville crisis – why? Rio Tinto/BCL owned and controlled our minerals before and it led to the war. Under this Bill, Rio Tinto/BCL owns and will control our minerals – why would the result he any different this time? The difference this time is that the ABG takes the place of the PNG Government. Do you think that your current leadership is tougher than Sir Michael Somare?

Before you answer that question take a look at the power and influence Rio Tinto/BCL backers already have in Buka now. If you don’t believe that they have such infuence then ask the question -why did RioTinto/BCL executives, Australian High Commission representatives, and the Mining Policy architect, AusAid funded Regan and O’Fairchealleigh all descend on Bougainville in a two day span last week, and then within 48 hours, the ABG calls a surprise short notice Special Parliamentary session? Members, there is something about this that doesn’t seem right. Consider the above and make up your own mind.

Why the rush for the short notice House Sitting instead of waiting for the Sitting scheduled in September? If it was to ambush and catch us sleeping they made a misteke. It has had the opposite effect. Instead of waiting for September and slowly creeping up to the bees nest to steal the honey, they decided to grab last week – and they have stirred up an angry bees nest.

Outside influence over the Government has caused the ABG to do almost nothing in its entire four years except spend its time and money on BCL. This has hurt Bougainville. During this time thousands of students studied hard and graduated to find that there are no jobs. It is a Bougainville tragedy!

Members – you have the opportunity to do something about this. You have the opportunity to do a great service to Bougainville at this time. If you stand up now and reject this Bill you will protect our island from the injustices caused by Australia once before when it forced BCL on us. Reject this Bill and you will honour the dead and show respect for the sacrifices we have all made.

PDF version of above