Poor working conditions, a high exposure to radiation, deaths and injuries to workers, road accidents, toxic spills and the discharge of radioactive tailings into a local river are just some of the reported incidents at Malawi’s Kayelekera Uranium Mine (KUM). The mine, located in the north of the country and close to the Tanzanian border, started operation in 2009 and is the country’s first and only uranium mine. Paladin Africa (PAL), a 100% subsidiary of Paladin Energy (PDN), a junior Australian mining company based in Perth, Western Australia operates KUM.

Since February 2014, KUM has been placed on ‘Care and Maintenance’, meaning that mining operations have stopped but the site is maintained for a possible restart. Quarterly activities at the moment include the treatment (without being clear on what this involves) and discharge of water from the site to avoid further spills when heavy rainfall can be expected during the rainy season. The decision to place the mine on care and maintenance has been made due to continuing low uranium prices and high production costs.

According to Paladin, this has made operations of the mine uneconomic and cost the company approximately AU$25 million a year.

Paladin is the first of a large number of junior Australian exploration and mining companies trying to tap into Africa’s vast uranium deposits. The reasons behind their efforts are not only the resources, but also the less onerous legislative frameworks and environmental and health regulations. Indeed, many African countries are yet to implement the appropriate mining and radiation legislation to regulate and minimise the specific risks of uranium mining. Furthermore, tax and royalty regulations, as well as other legislative features that should ensure the host country benefits from the mining operations, can also be inadequate.

Junior companies, which lack the operational experience or financial capacity to comply with stricter regulations in the experienced uranium mining environments of Europe, North America and Australia, have regarded this lack of regulation as an opportunity. This attitude is well illustrated by Paladin’s recently departed CEO and ED John Borshoff, who in 2006 stated that: “The Australians and the Canadians have become over-sophisticated in their environmental and social concerns over uranium mining, the future is in Africa.” (JSCFA,2010). This attitude effectively transfers risk to the local people and environment in countries that already suffer from low standards of living, poor health and safety standards and a poor economic climate.

In the case of Kayelekera, civil society has been enormously concerned over the impacts of the mine and has attempted to hold Paladin accountable. Access to the site and key monitoring documents like environmental reports and radiation doses for workers and the public were and are requested, but with the exemption of one granted site visit, have continuously been denied or subject to avoidance strategies. Paladin however, continuously claims to comply with international reporting, health and safety, as well as environmental standards.

While Paladin talked up stewardship and sustainability at the Australian Uranium Conference in Perth earlier this year, it is worth taking a closer look at the reality of their operations. In a 2012 monitoring trip by CRIIRAD(Commission for Independent Research and Information about Radiation), a French NGO who specialises in independent radiation monitoring, found that uranium levels in the Sere River downstream from the mine (of 0.042 mg/l) exceeded the World Health Organisation (WHO) guidelines of 0.030mg/l and were 194 times higher than they were upstream from the mine.

This is compounded by a lack of publicly available information on how radiation levels are monitored on and off-site, or how radiation is measured for workers, which is against both official company policy and international labour laws. Further to this, there is no indication on what treatment or compensation is available to workers who suffer from long-term health impacts as a result of working at the mine.

CIIRAD also noted that the tailings dam is located on a site with significant geological and hydrogeological vulnerabilities, such as seismic activity, fault lines, high rainfall and strong erosion and is not subject to proper containment. Furthermore, there is no clear plan available of how run-off water will be handled after mine closure.

Paladin’s operations also failed to contribute significantly to Malawi’s development, with the World Bank ranking Malawi the world’s poorest country according to its GDP per capita. According to a recent report by ActionAid, the country loses out on US$43 million of revenue from the KUM operations due to a number of royalties and tax reductions stipulated in the mining agreement between Paladin and the Government of Malawi.

Another report by the African Forum and Network on Debt and Development (AFRODAD, 2013) found Paladin has also been avoiding outstanding payments through transfer pricing to the Netherlands, where it has a holding company without staff. This allowed the company to make tax-free payments, further stripping Malawi of any economic benefit derived from the mine.

Australian’s mining overseas and the EITI

The environmental and health track records of mining companies like Paladin have also been heavily criticised in a project by the International Consortium of Investigatory Journalists (ICIJ). The project, Fatal Attraction: Australia’s Damaging Push into Africa, stated that mining practices are being used Africa that would be impermissible in Australia. Furthermore, in many African countries, the conditions to hold companies and governments accountable are even less favourable than in Australia. Where a culture of under-performance, corner cutting and secrecy bring dispossession and contamination rather than prosperity. 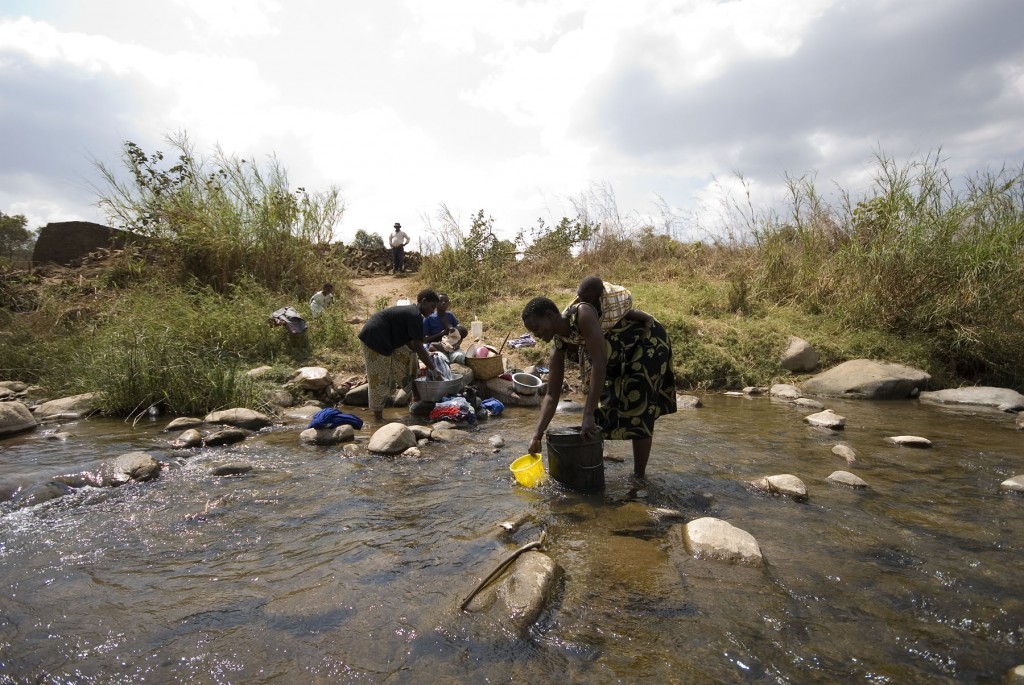 In 2011, the results of a Senate Inquiry into Australia’s relationship with the countries of Africa was published and mining companies’ operations in Africa were said to have a good record in establishing policies on the protection of human rights and the environment. Unfortunately their implementation was rare, so was corporate and social accountability. The report found that this is a particular challenge with junior companies, where there is a lack of focus on sustainability.

The Inquiry made the following recommendations:The Government should undertake steps for Australia to become an Extractive Industries Transparency Initiative (EITI) compliant country and to continue to promote EITI principles and other corporate social responsibility instruments in the Australian mining sector. The EITI is a coalition of governments, companies and civil society groups, investors and international organisations, which has developed a global standard that promotes revenue transparency on a country level. It aims to strengthen governance by improving transparency and accountability over payments and revenues in the extractive industries sector.

If Australia became EITI compliant, it would set a good example for other countries to follow, as well as build trust in Australia’s exploration and mining operations overseas. Although there is broad support for developing countries joining EITI, few industrialised countries have. In 2011, under the Rudd government, Australia stated that it would implement an EITI pilot, which was completed last year. A multi-stakeholder group analysed the report and found that moving to implementation of EITI candidature would be appropriate. The government is currently considering the result.

It is clear that to ensure local benefits from mining operations, the frameworks to negotiate improved benefits, regulation, legislation and the mechanisms for local oversight and regulatory enforcement, have to be developed and implemented in the respective host countries. This would include modernising mining and revenue laws, the administration of land title and mining registries and the creation of publicly available databases.

Unfortunately the case of Paladin is not an isolated example and leaves us with questions about the conduct and future impacts of the extractive industries. Time and time again problems are identified, not by governments or regulators, but by workers and civil society. This will not change, even if Australia does become EITI compliant, but being compliant would help facilitate such engagement and thereby pave the way to improved accountability and transparency.

Uranium mining is an extractive industry with very unique and dangerous characteristics and should therefore be subject to the highest scrutiny. How long can uranium mining continue and how long will the industry be able to just walk away from its own deadly legacy? Can Australian companies be held accountable for their operations and impacts overseas? Surely the answer lies partly in greater transparency and higher operational standards, at home and abroad. Australia is in a unique position to be a leader when it comes to mining. But can we rise to the challenge?

Anica Niepraschk is a political scientist specialising on governance issues and civil society participation. She has a working background in Zambia, the DR Congo and Botswana and currently follows governance issues in the nuclear sector as a nuclear-free campaigner for Friends of the Earth.

AFRODAT (2013) The revenue costs and benefits of foreign direct investment in the extractive industry in Malawi. The case of Kayelekera uranium mine, Harare

Joint Standing Committee on Foreign Affairs, Defence and Trade, (2010): Australia’s relationship with the countries of Africa; 06/05/2010