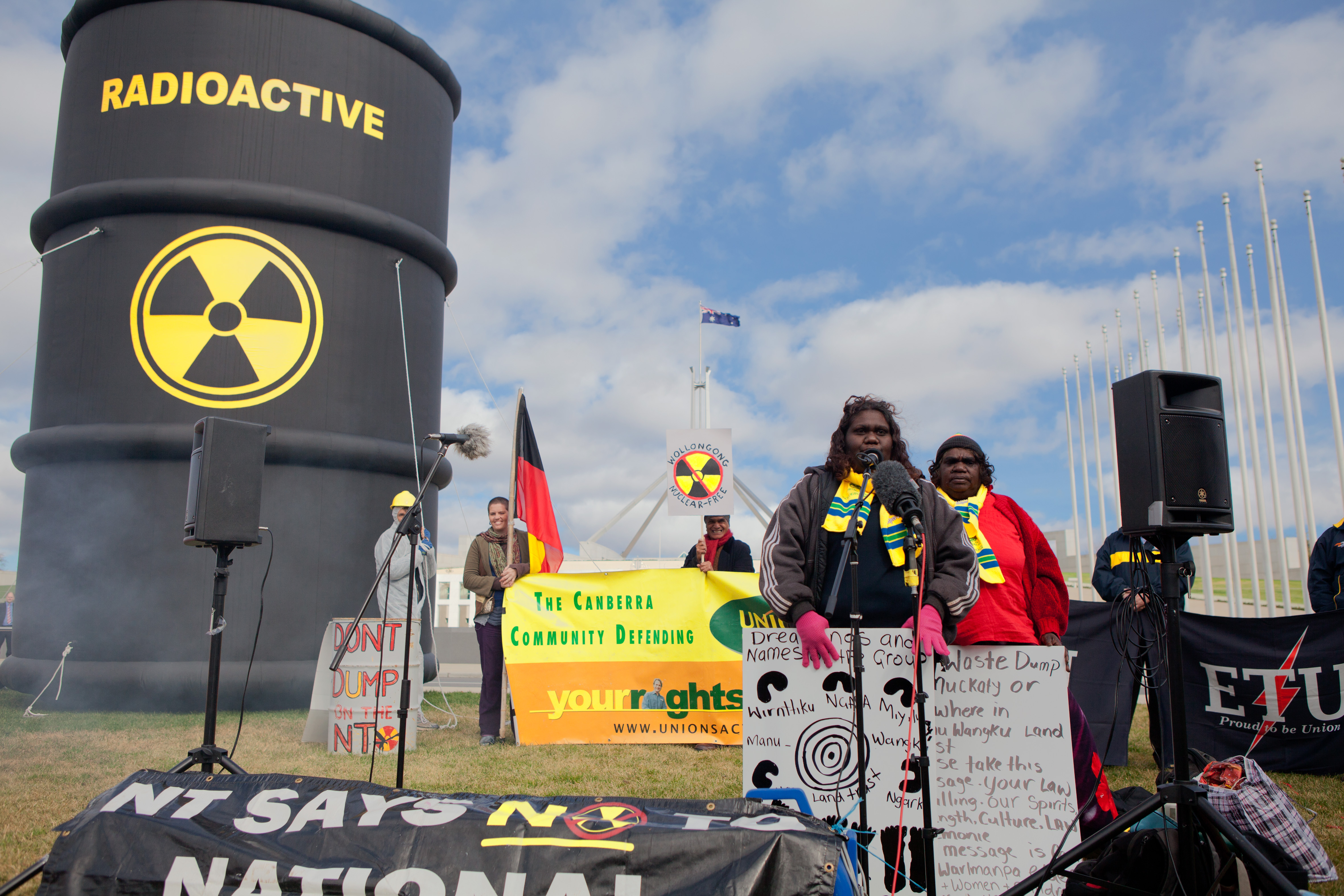 The story runs that everything the ancient Greek King Midas touched turned to gold. In the 1950’s and 60’s uranium was seen as a Midas mineral and, with around 35% of the world’s uranium reserves, Australia became a significant player in the global nuclear trade.

At the time with much enthusiasm and exploration, the rushed development of the Rum Jungle mine in the Northern Territory led to numerous small operations, mainly through Kakadu’s South Alligator Valley region. These often short-lived operations left long term management issues and continue to require publicly funded rehabilitation interventions today.

Since the 1980’s the ‘modern’ Australian uranium sector has been dominated by two major mining operations – Ranger in Kakadu and Olympic Dam in northern South Australia. The sector has been constrained by political uncertainty, numerical restrictions on the number of permissible mines, a consistent lack of social license and strong Aboriginal and community resistance. Recent years have seen the political constraints reduce but the uranium sectors production rates and value have been severely hit by the dramatic decline in the commodity price following the Australian uranium fuelled Fukushima nuclear crisis.

In short, the sector is high risk and low return and since Fukushima has been in steady decline.

Recent years have seen an operating uranium mine at Honeymoon in SA mothballed, BHP Billiton shelve a long planned $A25 billion expansion plan at the massive Olympic Dam operation and Rio Tinto walk away from plans to develop an underground operation at Ranger. The clock is now ticking loud on this aging and under-performing project and the market and major mining players are voting with both their feet and finances on the wider uranium sector. However this reality is not reflected in the rhetoric and profile of broader nuclear issues in Australia. Around twelve months ago South Australian Premier Jay Weatherill announced a Royal Commission to explore opportunities to expand the nuclear industry in SA.

The move surprised many at the time both because of SA’s leading role in renewable energy production and the Fukushima inspired industry retreat.

Early critics of the Commissions pro-industry terms of reference and heavily skewed pro-nuclear ‘expert’ panel argued that the process was a Trojan Horse for a renewed push for international radioactive waste disposal in Australia – a view vindicated in the Commission’s tentative findings released in mid-February.

The Commission – unsurprisingly given the overwhelming market sentiment – has stated it is unconvinced about the chances for any uranium industry expansion and acknowledges nuclear power is not commercially viable in the foreseeable future.

However, like the product involved, the Commission was glowing about the opportunities that could come from hosting international high-level radioactive waste.

Proposals to store or dispose global radioactive waste in Australia are not new. High profile figures like former PM Bob Hawke routinely re-visit the issue and an international consortium called Pangea Resources made a serious push to develop an international facility in a remote part of West Australia in the 1990’s.

The Commission correctly highlights that around the world radioactive waste management is a growing and unresolved management issue and environmental challenge. However, its enthusiasm exceeds its evidence when it comes to analysis of cost, complexity and the history of failed international waste storage or disposal programs. If managing nuclear waste was so straightforward or lucrative then it would have already been done. 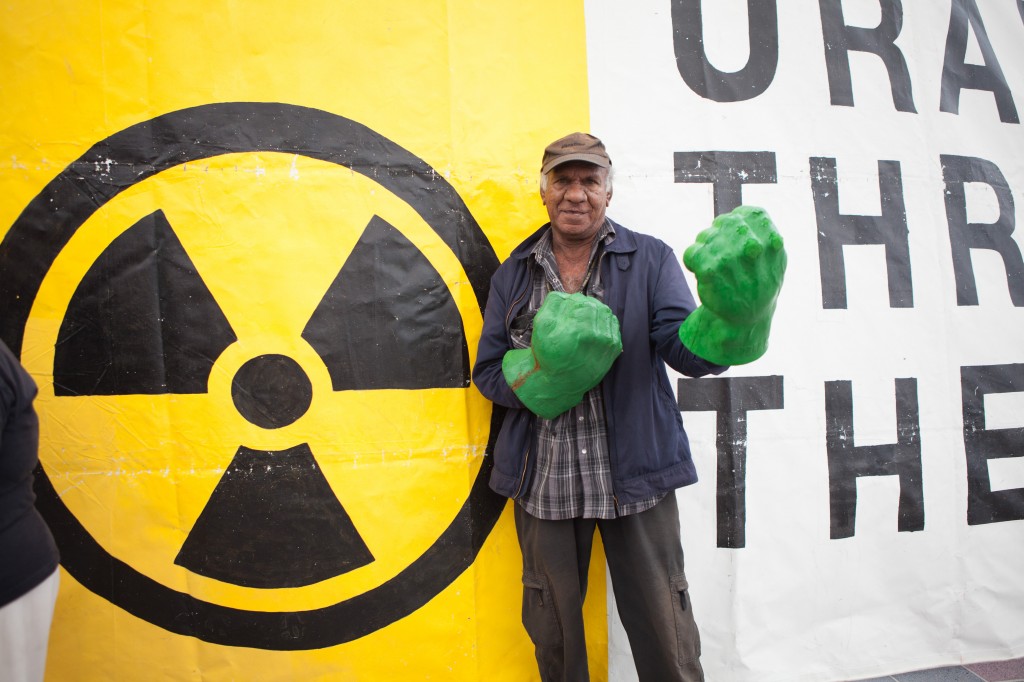 Some countries, most notably Finland, are advancing deep geological burial sites but after seven decades of commercial nuclear power operations not one nation has a final disposal site for high level waste and the sector is strewn with failed projects, timeline delays and massive cost overruns.

Against this landscape it is hard to see Australia providing the silver bullet. Australia has limited nuclear industry experience and infrastructure and lacks the required regulatory framework. A range of state and federal laws expressly preclude such an activity and there is no bi-partisan political support in a deeply sceptical and contested Australian public sphere. In July 2015 the Labor party’s national conference re-affirmed that it would remain strongly opposed to the importation and storage of nuclear waste that is sourced from overseas in Australia.

Australia’s dismal track record in relation to managing our own modest stockpile of radioactive waste is also hardly cause for confidence in the Commission’s global ambition.

For over two decades successive federal governments have tried, and failed, to convince or coerce remote Aboriginal communities in South Australia and the Northern Territory to accept a waste site. A revised national siting approach is currently facing strong community opposition in the six regions under active consideration. Three of these new sites are in South Australia and the Commission’s enthusiasm to open the door for an international waste site may well see local communities ever more determined to oppose plans for a national one.

With the Commission’s global waste aspirations now clear, the issue, especially in a federal election year, becomes one of politics, given the plan’s profound national implications and the critical need for bi-partisan support.

Premier Weatherill has flagged increased engagement with the Commonwealth Government ahead of the Commission’s final report on May 6. He has outlined that while the SA Government does not currently have a fixed view he is ‘prepared to consider such a proposition’ and will provide a full response to the state Parliament before the end of the year.

Unlike the global nuclear power sector, which is dying out due to growing costs, public opposition and the rise of renewables – nuclear waste is like zombie waste – it remains undead, and the issue keeps on returning.

Having failed to deliver on promises of uranium mining wealth, nuclear industry promoters are now talking up the prospect of ‘stupendous’ riches in hosting radioactive waste. From its beginning to the never end, the nuclear industrial chain is full of false promises and real problems and the Commission’s waste talk demands serious scrutiny and critical attention.

This could start with asking two questions: are the options really so scarce that South Australia’s and Australia’s best economic chance requires hosting some of the world’s worst waste? And, with its track record from mine-site to reactor would you trust the nuclear industry forever?

Dave Sweeney is a nuclear free campaigner for the Australian Conservation Foundation.