The integrity of marine ecosystems all over the world is threatened by human activities such as dumping of rubbish, disposal of chemical and radioactive waste, extraction of oil and gas, and fishing. Mining for sand and minerals in shallow waters has been conducted for decades, but the latest threat to ocean ecosystems comes from mining of the ocean seabed, otherwise known as deep sea mining (DSM) or seabed mining (SBM).

Following the publication of an article by Boschen et al. Seafloor massive sulphide deposits support unique megafaunal assemblages: Implications for seabed mining and conservation in the scientific journal Marine Environmental Research, this article examines some of the implications of DSM for the ecology of the seabed. In the light of imminent DSM, its asks what conservation actions are required to identify significant risks and protect the biodiversity of ocean seafloor ecosystems. 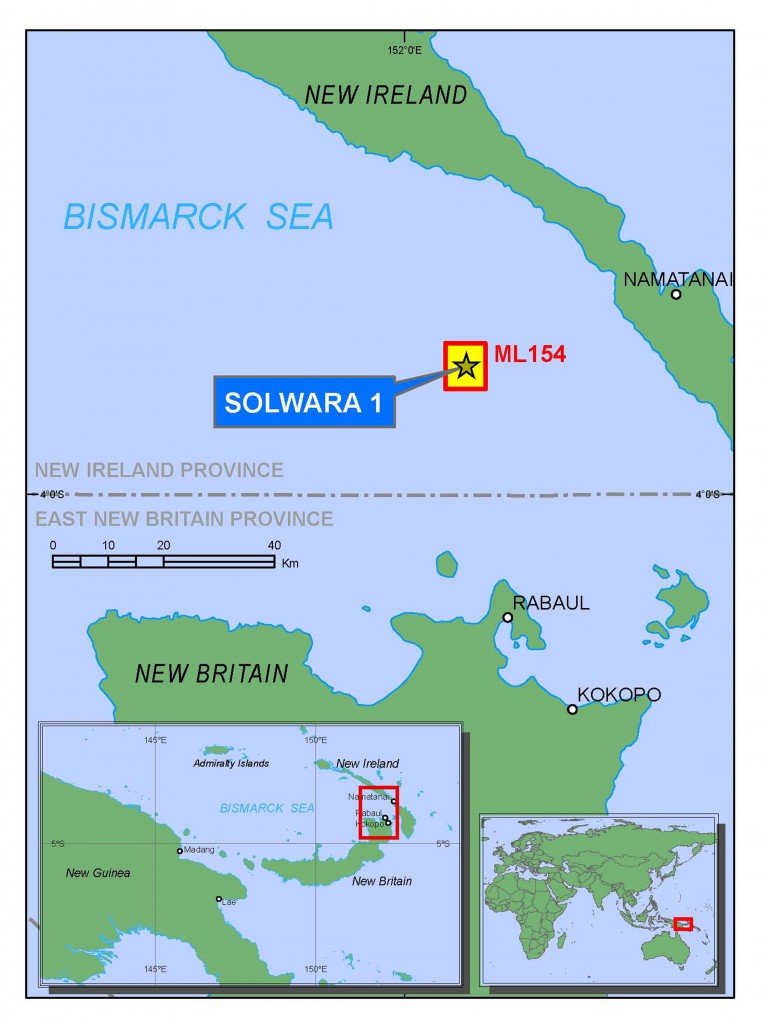 The first deep sea mine?

The Solwara 1 project being undertaken by Nautilus Minerals in Papua New Guinea (PNG) is the world’s most developed commercial DSM project. It is located in the Bismarck Sea 30 km offshore of New Britain Island at a depth of 1,600 metres. A mining lease was granted in January 2011 for a gold and copper project. After much delay, the project is scheduled to begin in 2018. If successful, Solwara 1 is likely to be the ﬁrst of many DSM projects within the Paciﬁc Islands Region.

There are three main types of deep sea mineral deposits of commercial interest to industry and governments. In the case of Solwara 1, a Seafloor Massive Sulphide (SMS) deposit is to be exploited. SMS deposits are in deep sea (1,500 m – 5,000 m) hydrothermal vents along volcanically active areas of the ocean floor and typically contain commercially-attractive concentrations of copper, gold, silver, zinc, as well as other trace metals.

What are Seafloor Massive Sulphides?

SMS deposits form through hydrothermal activity. When hot acidic water filters up through the seabed, it cools and releases dissolved minerals that can accumulate to form chimney and mound structures on the seafloor. These chimneys’ structures can be either active or inactive, each type hosting a remarkably different group of plants, corals and animals. The ecology of seafloor systems is unlike any other marine or aquatic habitats. They are usually well below the level at which sunlight penetrates the ocean and consequently the organisms found there rely on chemosynthesis rather than photosynthesis. These deep and often remote systems make them one of rarest and least understood habitats on Earth.

The main conservation strategy to counter threats to the marine environment has been to create marine protected areas or conservation reserves. This parallels the land-based approach in which a representative area of an ecosystem is designated for conservation. In theory, this area is considered to be both comprehensive and adequate; including all the species, communities and ecological processes of the ecosystem and being sufficiently large enough to persist into the future. These concepts have been applied to the marine environment despite the fact that the nature of physical or ecological boundaries and processes are markedly different in the marine environments. Unfortunately, globally marine protected areas account for a mere 3% of marine habitats and have largely been established in coastal areas to preserve species and habitats at risk from fishing. Given the general decline in ocean ecosystems and the lack of protection for the deep sea areas, DSM is a clear threat to marine biodiversity.

In an effort to mitigate against the destructive impacts of DSM on SMS ecosystems, a further distillation of the protected area methodology is used. Where DSM mining is proposed in an area of the seabed, a similar area is proposed as a conservation or reference area. The reference area is excluded from mining to ensure that a representative and stable seabed biological community is retained so that changes can be measured and assessed. Reference zones are intended to be physically and biologically identical to the area being mined and can be source areas for species to recolonise mined areas after mining.

SMS deposits provide a variety of seafloor habitats. These include hydrothermally active areas, often with chimney and vent structures, inactive areas with relict structures and non hydrothermal areas with a hard bedrock structure such as lava flows. Studies have suggested that each of these habitats supports a different type of biological community with high degrees of regional endemism. SMS mining has a number of direct initial impacts including; the removal of the majority of the fauna, altered hydrothermal activity, habitat modification and subjecting surrounding habitats to the effects of suspended sediments.

SMS deposits are not particularly stable environments and biological communities in hydrothermally active areas are subject to natural perturbations caused by changes hydrothermal activity. Active vent environments typically have a small number of specialised species which cannot exist away from such environments. Growth rates may be rapid enabling them to disperse and colonise new areas quickly in unstable environments, but species and their lifecycles are poorly understood. The fauna found in inactive vent habitats is remarkably different and is mostly sessile with many slow-growing suspension feeders.

Boschen’s study looked at a potential SMS mine and reference site off the north-east coast of New Zealand. One of the sites was a known SMS deposit of commercial interest (Proteus 1) and the other a reference site 200 m away. The reference site was selected because of its similar size and perceived similar characteristics to Proteus 1. The study used remotely collected photographic and video data from between 1 and 6 m above the seabed. Biological and geomorphological data were analysed order to characterize the biological communities found at both the sites and to determine the physical characteristics of the habitats they inhabited. Gathering data in this way permits only a limited taxonomic determination of the species present. Comparisons of much of the data collected can only be made at the family level or obviously different morphological forms within the same family. The types of animals recorded are only those that are easily seen by remote data collection methods.

Despite the obvious limitations of remotely sampling at depth the study revealed some interesting patterns. Significant relationships were identified between assemblage structure and environmental conditions, including hydrothermal features. The authors suggested that small-scale changes in the physical and/or hydrothermal properties of the seabed result in measurable differences in biological assemblages over small areas. This has important ramifications for the design of impact assessments of both potential mine area and conservations areas, impact studies have to be at a scale small enough to detect these changes. The study also found that unique assemblages occurred at both active and inactive chimneys and strongly supported the inclusion of inactive SMS areas within conservation preservation reference zones.

Unique assemblages were found at Proteus 1, the potential mine area. These were considered to be at risk from mining activities since they had not been observed elsewhere in the region. Suspension feeding species were also considered potentially vulnerable to turbidity plumes created by mining. In non-active habitats the capacity of biological assemblages to recover after chimney removal was uncertain; once the inactive chimneys are removed suitable habitat may not be available for recolonisation. In the event that suitable inactive chimney habitat is available, it could take centuries to establish mature a substrate.

The study concluded that the proposed protected area was insufficient to retain a comprehensive representation of the biodiversity patterns present at Proteus 1 and would therefore probably not on its own be a suitable preservation reference zone. The authors suggested that a network of sites developed in a regional context was required.

So, as DSM is about to begin, what do we need to know to ensure that the environmental risks and impacts of deep sea mining – including seabed habitat degradation over vast ocean areas, species extinctions, reduced habitat complexity, slow and uncertain recovery, suspended sediment plumes, toxic plumes from surface ore dewatering, pelagic ecosystem impacts, undersea noise, ore and oil spills in transport – are to be avoided?

At Solwara 1 the practise of designating a reference site has been implemented. Clearly, there are uncertainties as to whether this will provide a comprehensive representation of the Solwara 1 habitats. The study highlighted in this article and other studies emphasise the importance conducting ecological investigations at multiple spatial scales and which include a regional assessment of the biological assemblages involved. There is a clear need to undertake species identification to the lowest possible taxonomic resolution, to understand community ecology, species distribution and genetics, life histories, resettlement patterns, resilience to disturbance, and to have medium- to long-term continuous time series observations and to understand community dynamics of proposed mining sites over time.

An Environmental and Social Benchmarking Analysis produced by Earth Economics (Batker & Schmidt, 2015) for Nautilus Minerals in May 2015 suggests that “vent fauna is naturally more abundant at sites such as Solwara 1 that are actively venting, than at other deep seafloor areas where venting does not occur”. Clearly, this is a comparison of two different habitats, and is answering the wrong question. It is known that active and inactive areas of the seabed have different biological assemblages. The question is how different is the Solwara 1 site and the reference site, South Su, in a regional context and, in light of the previous study, how similar or different are they to each other.

Earth Resources also suggest that species density and diversity at both Solwara 1 and the reference site is low for all habitat zones when compared with other vent systems worldwide. This surely indicates a regional or local difference in assemblages that requires a scientific explanation. Furthermore, they go on to indicate remarkably high levels of genetic diversity amongst microorganisms found at the Solwara site, with few “dominant” species. They state that typical ranges for any given species are generally less than one metre. Species only a few metres away from each other might have little to no relation or shared genetic material. Rather than investigating life histories and dispersal characteristics of the organisms involved, the authors suggest that this is likely due to limited data.

Clearly, the data and ecological understanding of the SMS systems at Solwara 1 are not yet of the required standard. And, as the first operation of its kind, the requirement must be for the most comprehensive assessment possible. This requires the cooperation and resources of nation states, designing and funding multiple, replicable and all-encompassing independent monitoring systems to ensure we actually understand the direct and cumulative impacts of humanity’s latest foray into the oceans. Instead we have Nautilus Minerals, a small company, with no cash flow, implementing untested technologies in a country beset with governance issues. Replacing competence with confidence is unlikely to lead to success, no wonder local communities and marine experts are concerned about and opposed to such a development.