The huge McArthur river mine must stop operations until a public commission of inquiry is set up and has examined whether it can be made safe and at what cost, according to an independent report being released on Monday.

Based on the limited public data on the mine, up to $1bn will need to be spent to safely remediate the site, according to Gavin Mudd from Monash University and the Mineral Policy Institute, who wrote the report.

The McArthur River mine in the Gulf of Carpentaria is one of the world’s largest zinc, lead and silver mines. It has been plagued with technical, social and environmental issues since it began in the 1990s.

It has involved the diversion of the McArthur River in the Northern Territory, and resulted in fish eaten by the traditional owners being contaminated. 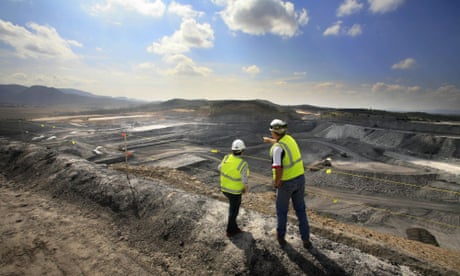 The piles of waste rock that are dumped alongside the open-cut pit have been reacting with the air and smouldering, giving off toxic fumes.

Mudd says the technical and environmental problems caused by the mine have been a result of the environmental assessments underestimating the difficulties faced by the site.

For example, the smouldering of the waste rock shows that the concentration of dangerous acid-forming rock is much higher than originally thought.

Mudd showed that in 2005 an environmental impact statement estimated that the dangerous rock type made up just 11% of the waste.

But in 2015, an independent monitoring report found that more than 90% of the waste rock was the dangerous acid-forming type, partially explaining why the mounds of waste had been smouldering.

Mudd said that despite being asked by both government authorities and community groups, Glencore, which operates the mine, has not released information about how much waste rock is actually produced.

Mudd says this has made it difficult to assess exactly how the site can be rehabilitated: “We can’t be clear on that because they haven’t published a lot of the data.”

Based on the amount of ore thought to be left at the site, Mudd estimates there could be another 30 years of mining there. He said what happens to the site after that needs to be decided ahead of time and planned for both technically and financially. 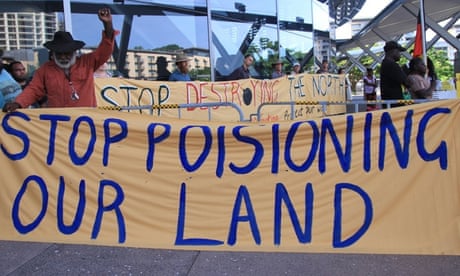 Mudd found that, given the high proportion of acid-forming rock in the waste product, the company’s plan to leave a giant open pit in the ground, and a giant pile of waste rock along site it, was not viable.

With that much acid-forming rock, there wouldn’t be enough clay to properly encapsulate the mound and it would leach acid into the environment for years or centuries.

Mudd said the only viable option was to insist the company backfill the pit. He said that would minimise the amount of acid that would leach into the environment in the long term.

In Australia, very few mines have been properly backfilled, and none the size of the McAurthur mine has.

Mudd said it could cost as much as $1bn to move the dirt from the mound into the pit and properly rehabilitate the site: “That’s just the cost of doing business.”

Ensuring the company has put aside enough money to cover that was one of Mudd’s key recommendations. 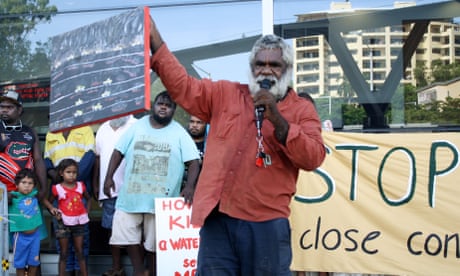 Mudd called for a public commission of inquiry set up under the Northern Territory’s inquiries act to be set up “immediately”. It could consider how, if at all, the site could be made safe, and how much it would cost.

“Until then, mining should stop,” he said.