Industrial, large-scale mining has a massive impact on people and place. The more connected you are to country for food, shelter, culture, community and opportunity, the more vulnerable you are to adverse impacts.  This fact was demonstrated to me once again, very powerfully, in recent weeks.  Following an engaging, inspiring and challenging trip up the lower Watut in late September, I attended the AGM for Newcrest on the 31st October.  The difference between the stakeholders; the community on one side and the managers and directors on the other, could not have been more stark. One group lives with the impacts of mining forever, the other takes the money, avoids responsibility and moves on to another project, board or company. It’s striking to move between the groups, seeing the different realities from either side of the divide.

On first impressions, life on the Watut seems simple. It’s slow and connected to the environment, the seasons, and to cultures and practices from millennia past. In that sense, it’s complicated, with elaborate connections between country and community – past, present and future. Connections that industrial mining, multinational big business and far-away investors seem unable to comprehend, let alone respect and value.  Although, if you accepted literally the mantra of corporate social responsibility, then you might believe big business care, or even understand the issues, and are rolling out solutions in the same way they dig ore.  Unfortunately, the drama of industrial mining is more a tragedy than a fairytale, with different languages spoken, one focused on profit, the other on people and place.  Never getting anywhere, like incompatible computer languages – imagine OSX and Windows trying to talk about solutions. 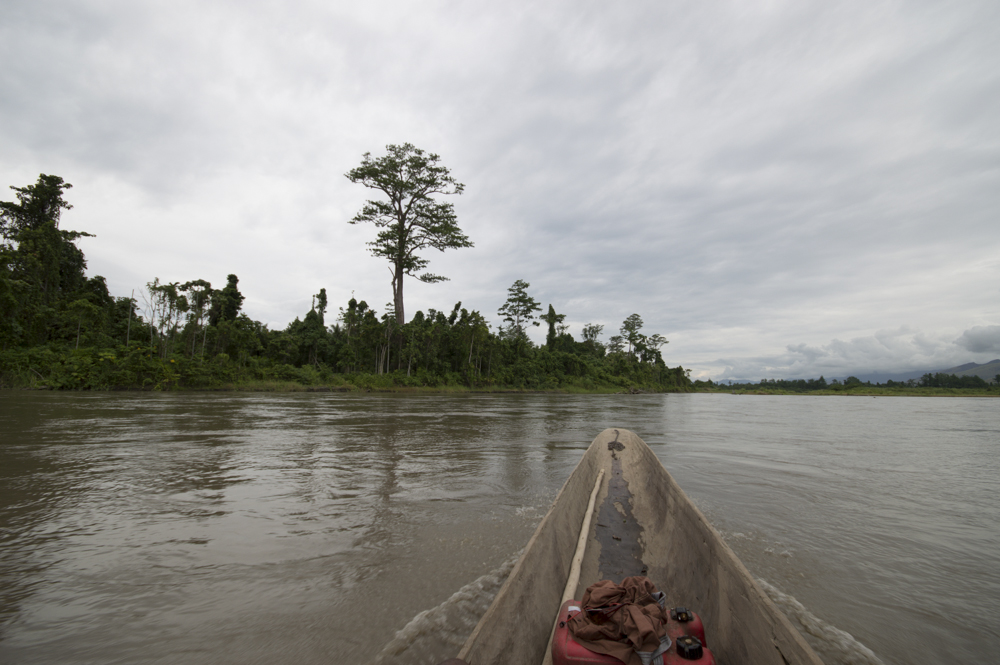 A week along the Watut left me tired. Nightly meetings and presentations, trying to understand the concerns of communities expressed in pidgin, then getting my English answers translated.  I’m not romanticising it, but the unfamiliar diet of taro and boiled green bananas, combined with dirt floors, pit toilets and river baths left me refreshed and inspired. Asked and challenged to help communities respond to mining, to identify and pursue their dreams and plans, to control their own destiny. This is why MPI exists, why we do what we do. The imbalance of power, the inequity of benefits and the injustice of outcomes must be challenged and overcome.

Alternatively, two hours in the Newcrest AGM made me angry, despairing at the lack humanity in industrial mining and in need of a long hot shower. A board and directors saying the right words, the words they say without conviction or understanding, the same words as years before, as at other AGM’s, different names, different faces but the same words. A roomful of retail shareholders, people who have lost up to 75% of the value of their investment. Small investors with few rights and, for the most, little interest in the impacts of the business they invested in.  But the majority of Newcrest is owned by large institutional investors  – were they there? do they care? The tragedy of industrial mining comes from institutions without conscience, mining companies and investors who care little about life along the Watut, all promoted by an unquestioning investment media that can only focus on the dollars.

We are making progress, however, and together with the communities along the Watut have the opportunity to effect change. MPI’s decision to pre-empt a new mine, rather than just focus on what has gone before, has and will continue to provide opportunities to influence the way mining is, or not done in Papua New Guinea.