Even before the perfect storm of expansionary government spending and record low commodity prices threatened Papua New Guinea’s resource dependent economy, questions were being asked about the impact of mining-led development. Inspired by Jerry Jacka’s recent publication Uneven development in the Papua New Guinea highlands: Mining, corporate social responsibility, and the “life market” (2015c), this article reflects on mining-led development in the country known as the ‘Land of the Unexpected’. Dr Jacka has spent over fifteen years researching and writing about the impacts at Porgera with a focus on non-landowners. While not a staunch public advocate like Kirsch (2002) is for the Yonggom, Jacka is nonetheless clear about development outcomes. “Porgera is a massive development failure both socially and environmentally. While proceeds from mining development translate into forms of material improvement in the area, the cost of mining in human lives and the degradation of biodiversity far outweighs the benefits of development” (Jacka, 2015a, p. 231). 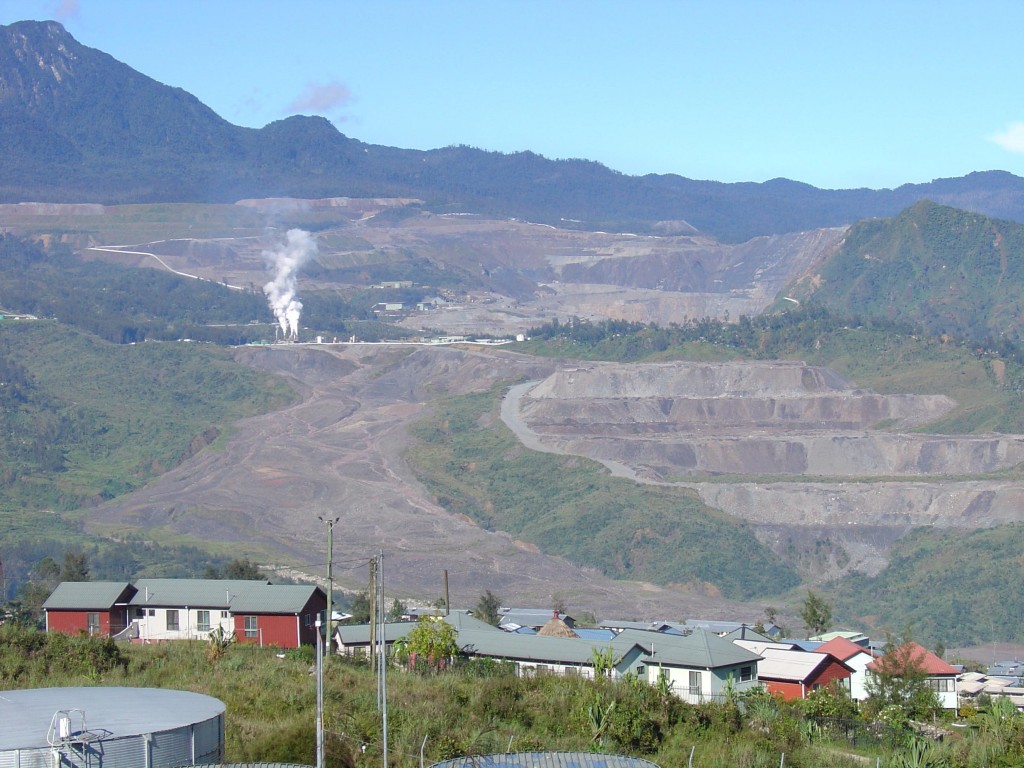 Sadly, this story is not unique to Porgera. Elsewhere in Papua New Guinea (PNG), evidence of negative impacts at other minesites is challenging a national economic model reliant on extraction. Jacka’s evidence from Porgera – of environmental destruction and cultural fragmentation and post-industrial lives that retain few of the benefits of mining development – adds further to the national debate

Despite a poor track record, or perhaps in ignorance of it, local communities continue to look to industrial mining as one of the few means of development in PNG, seeking to overcome the poverty of opportunity and the harsher aspects that accompany a subsistence lifestyle. This is an entirely reasonable, rational choice; but it is a choice undermined by obscure asymmetries of power, knowledge and influence that prioritise company and national interests ahead of community outcomes. The effects of this choice contributes to sub-optimum outcomes for communities, like the non-landowners of Porgera, who are struggling to adapt to life alongside a mine, or after a brief engagement in the global economy.

The premise of this article is not that ‘mining is bad’, per se, it’s that industrial mining is difficult to do well. I ask proponents of mining-led growth, just where are the sites that have delivered lasting development outcomes? For many years Misima was described as such a site, but more than ten years after closure many social problems remain. Some of these problems are shared with Porgera, such as the uneven distribution of benefits and the disproportionate impacts on women (Byford, 2005). Now, perhaps the best example of industrial mining in PNG is on Lihir Island, where the Lihir landowner-run and owned Anuita Group and the malaria eradication program are two indicators of success. Although, as discussed by Pacheco Cueva (2016), there are many social impacts from the changes brought about by mining, not the least being increased population and the withdrawal of the state (see review article in November 2015 Mining Monitor).

Land tenure is critical to PNG’s current mining system; it determines who is consulted and compensated. Porgera provides a good example of how the system is unable to accommodate other ways of seeing the land. Jacka describes a traditional multilayered communal property tenure system, where some own the skin (umbuaini) of the land, and others the bones (kulini). Skin owners are called anduane and can bequeath the land to their children to use, though the true owner of the kulini remains the collective. Land can also be lent, though there are clear restrictions on the use of trees – which have their own tenure system, such as permitting access to trees owned by others, but growing on your land. This complexity separates the topsoil, plants and structures of the land from what lies beneath, a separation that is vital to daily kinship and reciprocity interactions and for understanding land-human interactions across time and space. This is also a complexity present in western property systems, though often the owner of the minerals beneath the skin is the state, not the community, making it more of a legal construction than a driving force of daily interactions (Jacka, 2015b).

This is not the end of land-ownership complexity, with traditional social practices encouraging couples to affiliate with grandparents’ clans, leading to the practice of coming and going (pu ipu) between communities, with couples having multiple residences and gardens linking them to more than one tribal land. Complications can then ensue with the sharing of bridewealth payments, receipt or compensation for wrongs and the proceeds from mining. Adding further to the complexity of clan or tribal groupings is the active process of recruitment, a process that deliberately seeks kin and even non-kin people for their lands. Jacka describes this system of high mobility and recruitment as working well, “…promoting group resilience against frequent social and ecological upheavals” (Jacka, 2015c, p. 61). This complex tenure system was radically altered, not so much by the act of mining itself, but by an economic rationale and Western imposition that could not see or value other ways of being. 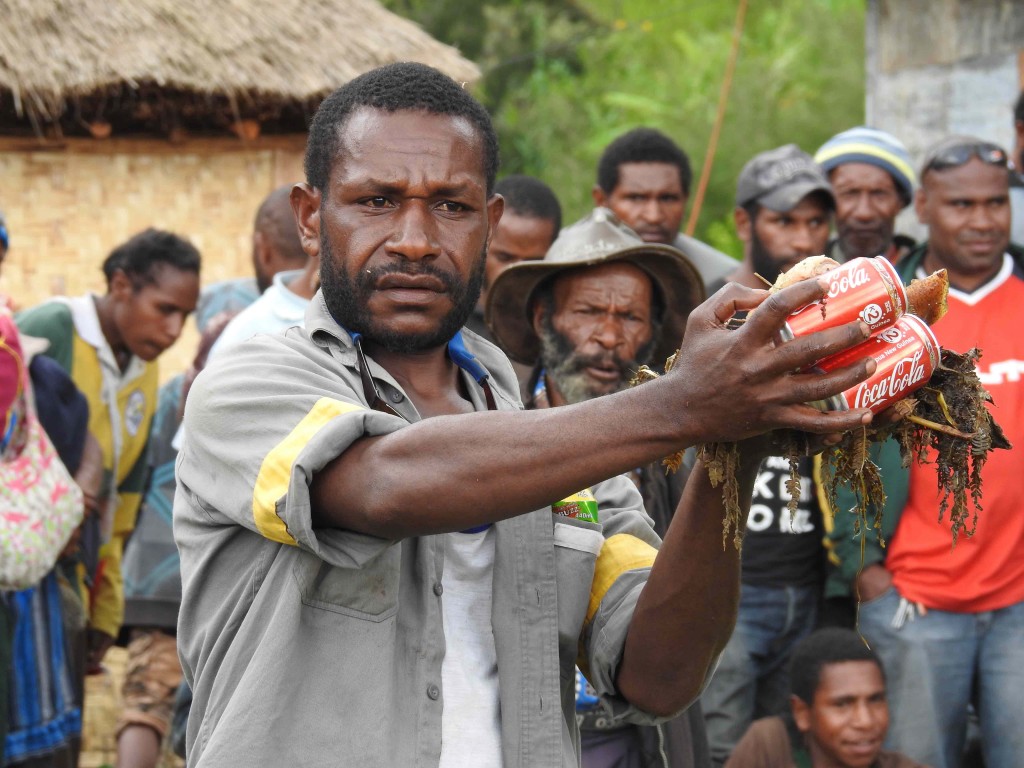 CSR bears harsh criticism from Jacka, who describes CSR programs that ‘fetishize’ resource extraction projects, diverting people’s attention from negative impacts to positive projects and are often short-lived and ineffectual. “In the Porgera case, various CSR programs undertaken by the mine often fail shortly after their inception due to funding drying up or through failure to follow through on commitments to the community” (Jacka, 2015c, p. 59).

In his essay, Jacka examines a CSR coffee project, which tumultuously ended in 2006 when warring tribes destroyed each others trees. By linking the eventual destruction of the coffee trees to retributions for a death in 1999, Jacka describes how a series of payback events eventually led to the destruction of the Maliapaka Coffee Plantation, followed by a large-scale conflict that engulfed all the coffee-growing stakeholders. The example proves how even well-intentioned development projects can both exacerbate as well as be vulnerable to community tensions and how a project designed to mitigate economic inequalities can generate new ones.

The strength of Jacka’s understanding of what he called the “deleterious effects of mining and CSR,” can be felt in his often evocative description of post-industrial life. Jacka eloquently describes bearing witness to the abjection of local communities who are waiting expectantly for development guarantees that will be sure to improve their lives, however, feel abandoned by the imminent projects that never quite live up to the promise. This is a sad but familiar tale, however, perhaps more surprising, is the difficulty of industrial life; where long hours, constant demands for money from relatives and the perils of getting to work see embittered mine workers quitting. This abjection, made worse by earlier optimism, leads to a situation where “…the promises of development that have come and gone in the matter of a decade and a half or so arouse strong feelings of resentment at their predicaments which often find outlet in intergroup and everyday forms of violence” (p60). 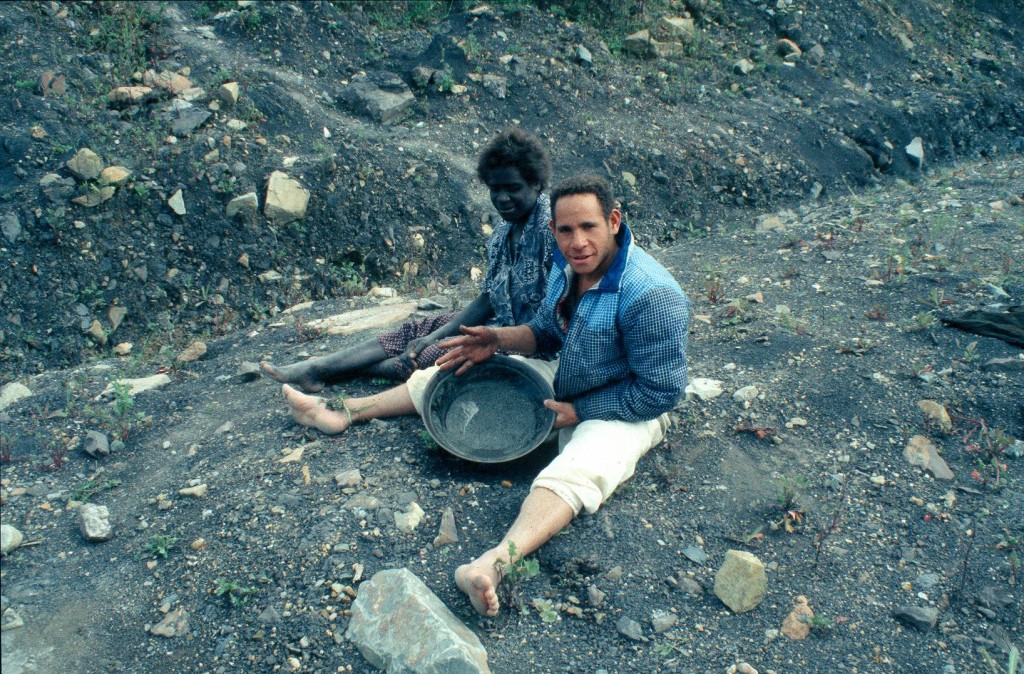 This is not an argument that the CSR projects generate violence, rather that CSR, like mining, is hard to do well. While I  have argued for many years that CSR projects cannot work when they are used just as a tool for managing community relations, it was still confronting to see CSR’s deficiencies laid bare. Jacka writes of how “…half-hearted attempts at CSR undertaken to ensure business operations continue uninterrupted are likely to exacerbate underlying inequalities already present in affected communities” (p.67).

The sheer hopelessness of the false promises inherent with mining-led development seems more like a slowly unfolding Greek tragedy, rather than a dilemma. This is a kind of tragedy where violence and theft become occupations, begetting more violence and the circle of payback killings continue. This tragedy has ensured that a state of emergency has become necessary to protect the mine from the people which forces one to question who benefits from mining-led development and CSR project outcomes. By the end of Jacka’s article it’s hard not to agree with his description from Alchemy in the rainforest: that Porgera is a massive development failure.

Postscript: While Jacka’s article finishes in 2006, we now know of the continuing violence, especially against women, with reports by Amnesty, Human Rights Watch International, Mining Watch Canada and the Columbia and Harvard Law School in recent years.

The Hidden Costs of ‘Mining Development’: A View from the Rai Coast of Papua New Guinea