The work will be large light boxes displayed on the Eastern side of the Market building in Castlemaine, Victoria. Opening on the 7th of September, 2014.

About the project:
The discovery of gold in the Victorian Goldfields in the mid 19th century attracted an unprecedented population rise and caused an enormous housing and economic boom in the region. Today, the impacts of the gold rush are still present in our landscape, environment, towns, wealth and psyche. These disused mine sites and diggings have left multiple scars on the landscape that tell a story of settler Australia and its destiny. By layering photographs from the gold rush era with images taken today, I aim to challenge the notion that history remains only in the past. 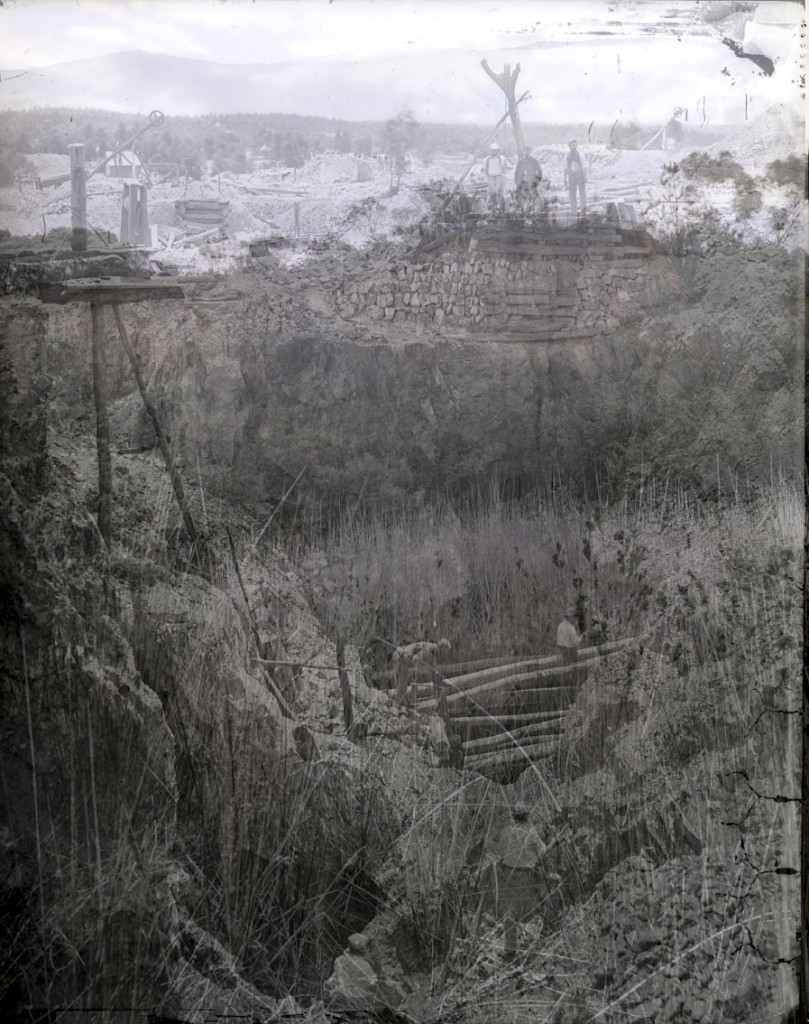